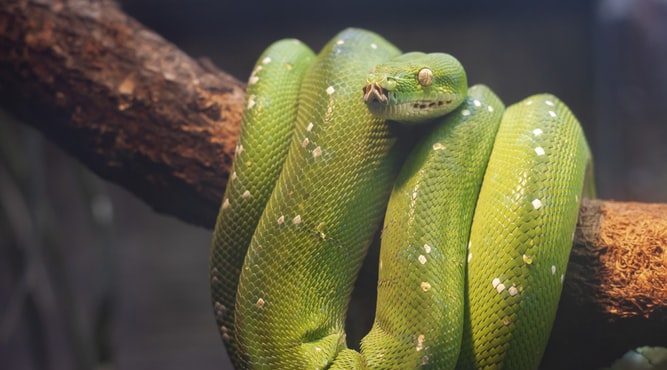 Last time, we saw that Satan tempts us in doubting God’s Word and downplaying the consequences to sin. In this post, we will look at 2 final strategies Satan uses for temptation in Genesis 3:1–5.

Essentially Satan has targeted the goodness of God in Genesis 3:4–5. He has called God a liar. He is essentially saying:

If God were truly good, He wouldn’t hold out on you like this. He must have ulterior motives. GOD IS A LIAR! You cannot trust His Word! He is holding back! He’s jealous of you! He knows if you eat you’ll be like Him and He can’t stand that! Don’t trust this God, for He doesn’t truly care about you!

Satan doesn’t often show his true colors. He is acting here like he is the one on Adam and Eve’s side. He is saying “This God you serve is pathetic.” Satan still works this way. 2 Corinthians 11:4 says that he disguises himself as an angel of light.

I don’t know for sure if we’ve ever lived in such an age where billions of people profess to know God but have no clue as to who He really is.

Behind each and every distortion of God’s character, you hear the hiss of the Serpent. The good Creator, Triune, Holy, gracious and kind Yahweh – Satan says “This God is holding back on you! Don’t trust him!”

The god of self is who is worshiped in so many churches today. People may give lip service to things like God is holy, righteous, and just but too many really only worship the false god of self.

They’ve invented a god made in their own image because they believe, like Adam and Eve did, that the One True God is not worthy of our complete devotion and full allegiance. We live in a day where God’s commands are doubted, the consequences to sin are downplayed, and His character is distorted.

And so many have become so numb to this existence that perhaps they don’t even fully realize they have bought the lie of Satan and are living a completely false reality. Maybe even one reading this blog.

I use this language intentionally. What Satan is doing to Adam and Eve is presenting them with a beautiful coffin and telling them to climb on in, everything will be great.

The wages of sin is death. Here is Satan’s great temptation (Genesis 3:5) —  “You will be like God! You will have true freedom in disobeying God! Your eyes will be opened! And you will have knowledge like never before!”

But all of this is the way of death, not life. What Satan is offering Adam and Eve is rebellion against a God who has been nothing but good and kind and righteous toward them. He’s simply delivering to them their own coffin in the name of their best life now.

In other words, Satan says true life is found is disobedience to God and His Ways but all he is delivering to you is your coffin.

The Bible is replete with warnings to us about the wages of sin, the consequences of sin, and the dangers of sin. That we will reap what we sow. That our sins will find us out. We must not believe Satan’s lies.

Sin leads toward death. It kills relationships. It destroys families. It ruins careers. It may seem fun for a season but it will leave you destitute, despised, and miserable. No sin can leave you fulfilled in life because you weren’t made for sin. Sin only destroys.

And the worse thing about sin is this: it is an affront to a holy God. It is rebellion against Our creator who is loving, righteous, and benevolent. Sin isn’t just bad because it makes you miss out on things in life or because it sends you to hell. Sin is ultimately evil because of its rebellious nature toward our holy God.

To sin is to rebel. It is to attack God’s glory. It is to say to God, “You are not good. You are not satisfying. You are not who you say you are. You are a liar.” Satan’s strategy for sin is to get us to doubt God’s word, downplay the consequences, distort God’s character, and finally to deliver the coffin.

God has a strategy for sin as well. And consider His love and mercy in it! In Christ, there is no doubt as to who God really is. We see the true consequences of sin in His death. We see the glory of God’s character on the cross — His attributes meeting in perfect harmony.

And we see instead of death being delivered to us that Christ has tasted death for us in our place as the perfect substitute. So that in Christ God has righteously punished our sins — all who will look to Him in faith.

Maybe it is fitting to ask you today: Whose strategy for sin are you following?

To Christians I say: Will you see Satan’s evil strategy and be on guard today? Will you repent of any areas you’ve failed in and rest again in the saving work of Jesus? And will you help one another in your local church to march forward and resist our great enemy who hates God and us?

As Luther said: His rage we can endure, for lo his doom is sure!

To any unbelievers reading this blog I say: Are you duped time and time again by the Evil One? Has his strategy overtaken you? Or maybe you’re not duped at all. You really love self and there’s no way you’re going to really bow the knee to King Jesus.

Well, God will still have His way. One day He will cast the Devil and all human rebels into the lake of fire to be punished forever. Will you look to Christ in faith and repentance? Will you turn from doubting God’s word, downplaying the consequences of sin, and distorting God’s character and savingly place your trust in Jesus today?