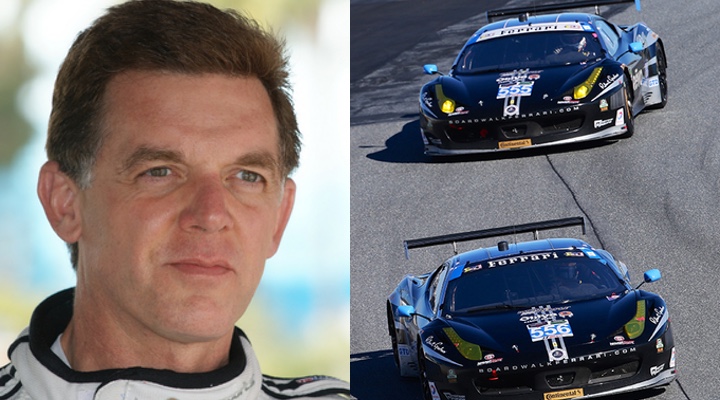 “Convicted Payday Loan Mogul Scott Tucker Has Absolutely No Remorse,” declares a headline on Jalopnik. What did this guy do? Why does he have no remorse? And what is this doing on Jalopnik, an automotive blog?

I recently went back to a month — and only one month — of Netflix just to catch up on some things. This included re-watching season 1, episode 2 of Dirty Money, which covers the story of payday loan mogul and endurance racing gentleman driver Scott Tucker.

No, “gentleman driver” is not the latest controversial term in secular gender studies. In endurance racing, such as in the 24 Hours of Le Mans, multiple classes of cars race simultaneously on the same track. Obviously, driver changes are necessary over the course of a 24-hour race, so each car has multiple drivers on its team who must swap out, and each driver must drive a minimum amount of time lest the team be disqualified. In some of these classes, every driver is a professional. In others, there is a mandated mixture of professional and amateur drivers. These amateur drivers receive the more polite term “gentleman driver.” As you might guess, these gentleman drivers are rarely five-digit, middle-class wage earners who just happen to be good at racing cars on their off weekends. More often than not, they’re independently wealthy men with plenty of disposable income and business connections. They are then able to “pay to drive,” or one can even establish his own team, including a staff of engineers, mechanics, and two or more actual professional drivers who share driving duties and must also coach the slow guy. Some notable names you might recognize who have done this include actors Paul Newman and Patrick Dempsey and notorious attorney Michael Avenatti. So what exactly makes Scott Tucker so notable? In 2018, Tucker was sentenced to 16 years in prison for operating an illegal, $3.5 billion payday lending scam. His business sold under multiple names such as 500FastCash and Ameriloan.

Two things made this particular scam unique. First, Tucker’s business would intentionally fool customers into believing that their checking accounts were automatically being deducted in order to pay off their loans. This would continue once a month for four months. In the fifth month, the withdrawal would suddenly increase. The customer suddenly realizes there’s a problem, calls customer service, and then learns that he has only been paying renewed finance charges for the first four months. The increase in the fifth month was then done to “help” the customer actually begin to pay off the principal. If everything worked as designed, a $300 loan would cost $975 to pay off over the course of ten monthly payments.

The second distinction is how Tucker attempted to shield himself from the authorities. The Internet logistically allowed his businesses to sell payday loans in states where they were illegal. Furthermore, he made agreements with Native American tribes whereby the tribes “owned” the individual businesses which Tucker actually controlled. In return, the tribes received 1% revenue kickbacks. Because Native American tribes “owned” these businesses, they claimed under sovereign immunity law that states could not pursue legal action against them for violating their laws.

All these particulars aside, what’s even more remarkable than all this was Tucker’s complete lack of remorse. As documented in Dirty Money, Tucker is so unremorseful that he completely cooperates with the filming and uses it as a PR opportunity. The episode opens with a scene of two of Tucker’s race cars, including the winning #555 Ferrari pictured above, being repossessed as his wife and attorney, Timothy Muir, look on. Meanwhile, Tucker angrily refuses even to glance at the fruit of his sins and defends himself to the filmmaker.

Tucker and Muir seemingly don’t even hide behind the legal technicality of having explained how the loan actually worked in hopelessly convoluted contractual language. They simply refuse to acknowledge that maybe something was wrong when so many customers were calling to complain in the fifth month of their loans. There was clearly no effort to ensure that customers truly understood what they were getting into. It’s far more likely that Tucker knew full well that he was intentionally deceiving his customers.

All throughout the episode, Tucker is in video pose mode. He stages defiant conversations with his wife and attorney about how they are the victims. He walks around the now-emptied building from which his business operated and talks about how he’s proud of having provided a legitimate financial service.

Behold, our sin nature. Behold, this is how all of us are before the Holy Spirit intervenes to save us.

Perhaps we don’t think enough about how incredulous it is to stand before a thrice-holy God and proclaim ourselves to be good and decent people.  Scott Tucker thinks he’s a good guy. The rest of us look at him and go, “Is this guy serious?” How much more for God towards us!