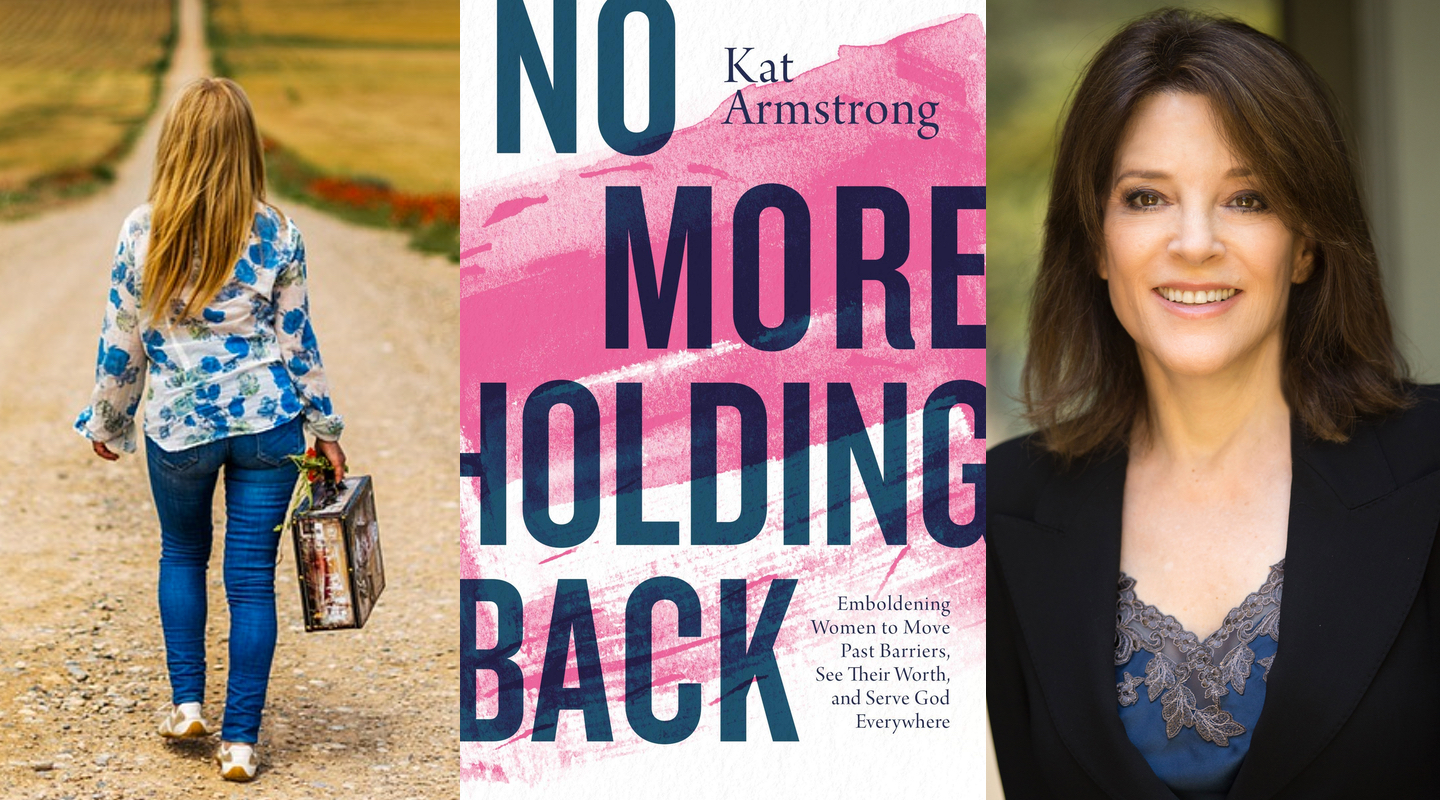 Here in part 4, we’re going to examine some framework. No More Holding Back suffers from framework issues that reveal themselves to discerning reader in time. Though critical race theory largely confines itself to a small section, a far too broad understanding of Christ’s body allows even more unbiblical concepts into the work.

At this point in the review, it’s not difficult to find the influence of feminism upon No More Holding Back. In comparing men and women, Armstrong is even unwilling to concede that men naturally have more physical strength than women.

Somewhere along the way, we started to believe women are not supposed to be powerful—the result of becoming strong. According to a 2018 Pew Research study, “Americans are much more likely to use powerful in a positive way to describe men (67% positive) than women (92% negative).” Maybe it’s because we are called the weaker vessel one time in 1 Peter 3:7. Perhaps it’s because some men have greater physical strength than women, and strength is not a valued trait for women the way it is for men. [italics original, bold added]

And it doesn’t even take until the first chapter before one notices secular critical theory:

Women who love God with all their hearts, souls, minds, and strength are a threat to egos.

Women who love God with all their hearts, souls, minds, and strength are a threat to power structures.

And women who love God with all their hearts, souls, minds, and strength are a threat to our enemy!

Most notably, a chapter section on “racial reconcilation” takes up just over four-and-a-half pages, including a two-paragraph quote from a curriculum called Whiteness 101. Armstrong on her own part laments being “woefully unprepared to divest my white privileges,” which she believes she has because of her light skin despite being bi-racial. The Internet has already been on critical theory for 385 laps around Le Mans, so I’ll just leave it at that.

The Body of Christ

In a chapter entitled “Pouring Love Out,” Armstrong laments the current trend of women leaving the church in this way:

Let’s retire the script that insinuates millennials, Gen X, and Gen Y are slothful dreamers. Instead, we should invite women missing from our congregations into a conversation about why they’ve chosen to leave, pleading our case for their involvement, because they are a part of the body whether they recognize it or not.

Maybe it wouldn’t be entirely fair to pin this statement upon Dallas Seminary’s history of free grace (anti-lordship) theology, which in summary holds that one can legitimately receive salvation sans the repentance of turning from one’s sins, as opposed to the strict etymological repentance of “changing one’s mind” without the actual turning. Then again, maybe that would be fair.

Either way, we have a major soteriology and ecclesiology problem here. How can one be saved without recognizing that she is a member of the Body of Christ? Perhaps a brand-new Christian might not know that right away and will learn it quickly as she grows. Considering a person to have been saved after leaving all affiliation with local church bodies and without intending to return is quite another. By implication, No More Turning Back further extends the Body to include progressive political activist Anne Lamott, Roman Catholic priest Father Juan Solana, and New Age author Marianne Williamson. Armstrong quotes Williamson at length concerning the consequences of being a child of God:

Our deepest fear is not that we are inadequate. Our deepest fear is that we are powerful beyond measure. It is our light, not our darkness, that frightens us most. We ask ourselves, “Who am I to be brilliant, gorgeous, talented, and famous?” Actually, who are you not to be? You are a child of God. Your playing small does not serve the world. There is nothing enlightened about shrinking so that people won’t feel insecure around you. We were born to make manifest the glory of God that is within us. It’s not just in some of us; it’s in all of us. And when we let our own light shine, we unconsciously give other people permission to do the same. As we are liberated from our own fear, our presence automatically liberates others.

It’s fair to assume that Williamson became part of the book’s manuscript prior to her becoming a Democratic presidential candidate, not after, but neither scenario is comforting.

The Gospel is Safe with Women

When I was in college, a friend in my college church group told some of us guys that one of his friends didn’t want to pursue a certain lady. She was apparently not a good fit because “she loves Jesus too much.” My friend wisely responded, “Can I have her number?” We should all agree that women should not “hold back” from God for fear of becoming unattractive, or unsuited for marriage, or not ladylike. Moreover, a single woman who encounters a man who believes this should run, not walk, to the nearest exit.

Earlier in this review, we saw that Armstrong portrays a broad conservative evangelical belief that “The gospel was not safe with Eve.” Finding that Mary Magdalene is the second Eve, Armstrong rebuts at the end of the first chapter: “The gospel is safe with women.” Concerning Lydia, “If Paul had any doubts about women being easily deceived in Philippi, he certainly didn’t reveal it. There is no mention of disappointment that a woman received the gift of faith first and no hesitation to entrust her with the gospel.”

Exactly how broad is this belief that “the gospel is not safe with women”? That’s hard for me to say with certainty considering that I didn’t grow up in the evangelical church. The view certainly exists, but it doesn’t appear to be a broad belief. But the question of the current debate in the church isn’t whether the gospel is “safe with women,” is it? It’s primarily about whether women should teach or exercise authority over men, and No More Holding Back simply slips its answer through the back door rather than making an actual, exegetical case.

The Gospel is safe with women. Women can grow close to God, really know the Bible, understand and utilize original languages, really know theology, soundly share the gospel with unbelievers — especially their own children, and teach…women and children.

To repeat my thesis statement from part 1: “What could have been an enormous encouragement for women who struggle in their confidence and spiritual growth instead bypasses tough scripture passages, mischaracterizes complementarianism, and advocates a feminine ‘warrior’ position that Scripture does not command.” In doing this, I fear that unsuspecting women will read No More Holding Back and feel like they’re not enough because they had aimed to live quiet and faithful lives of service rather than picking up proverbial weapons in the style of Wakandan warriors or Wonder Woman. They’ll also feel like all of us complementarians are looking down upon their abilities and dignity as if they’re not as good as us. That’s bound to happen when the measure of a woman is comparison with men at doing man things. Nothing excuses devaluing women in such a way, and we should respond biblically when it happens.