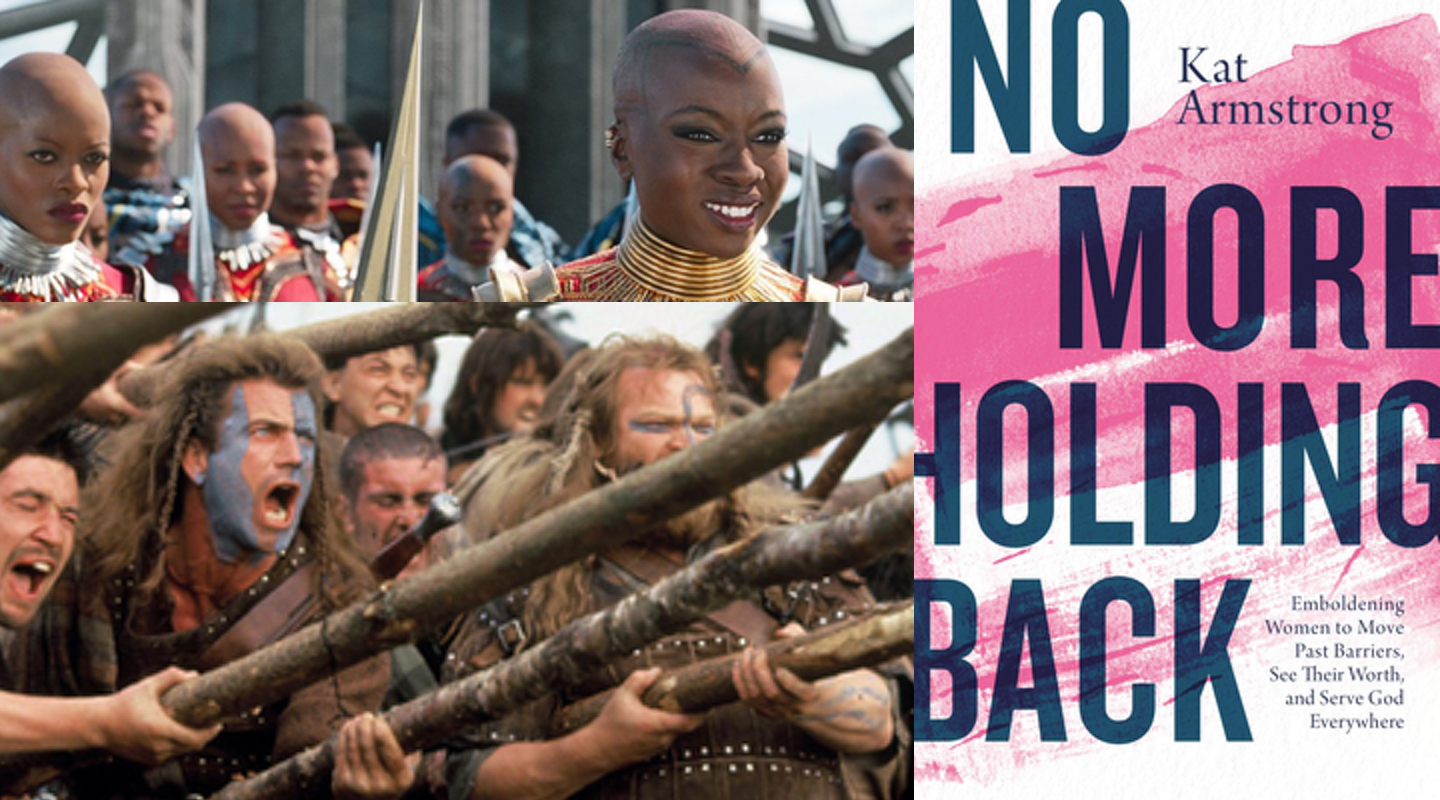 In part 1 of this review, we introduced Kat Armstrong’s No More Holding Back: Emboldening Women to Move Past Barriers, See Their Worth, and Serve God Everywhere. We primarily found that Armstrong advocates an over-realized soteriology of women which interprets Mary Magdalene to be the “second Eve,” thereby meaning that the curse of women being easily deceived is no longer in effect. Here in part 2, we’ll review Armstrong’s stated vision of the ideal biblical woman and compare it to the Bible passages being interpreted.

In contexts outside of Eve and Mary Magdalene, No More Holding Back seeks to correct understandings of Bible passages that are often cited as evidence for women’s functional subordination to men. Correcting actual misunderstandings is a good thing, but in each of the following examples, Armstrong finds something that’s true about the biblical text and then rushes with inadequate evidence to an inaccurate conclusion.

The Carried-Over Verb of Ephesians 5:22

Armstrong laments that “a very small but loud minority group in the evangelical community” asserts that “marriage brings a spiritual authority demotion for women” based on Ephesians 5:22 — “Wives, submit to your husbands as to the Lord” (NET). Here’s Armstrong’s response:

But they fail to mention that in the original language there is no verb submit in that verse. You would have to borrow the word submit from the previous verse to understand that Paul was talking about mutual submission for both husband and wife. Verse 21 says, “Submitting to one another out of reverence for Christ.”

Armstrong is factually correct at a surface level; there is no verb for “submit” in verse 22. Translations have to carry the verb from verse 21 in order to translate “submit” or “be subject to your husbands.” A couple of things get hidden here. First, Armstrong mentions that verse 21 says “Submitting to one another out of reverence for Christ,” but a reader who doesn’t have her Bible open alongside might not know that this is speaking to the entire church submitting to one another, not husbands and wives in a sort of marital mutual submission. Secondly, as with 1 Timothy 2:12, there’s a “for” clause in this passage, too

You’ll notice from the NASB translation here that the verb for “submits” or “is subject” in verse 24 (“as the church is subject to Christ”) carries over to the second clause, “the wives ought to be [subject] to their husbands.” Clearly, one really has to carry the verb over in order to understand the clause, lest we actually tell wives sans context to “Be to your husbands.”

As with everything in this debate, there are deeper arguments to be had here as well. For example, theologians debate whether “head” here should instead be understood as “source” vice something denoting authority. We don’t get that from No More Holding Back. It doesn’t take knowing Greek to understand that larger issues are at stake in this passage. It’s just not acceptable to stop at how “submit” is carried over from verse 21 and run to this conclusion. Ezer and the Warrior Woman

Of the twenty-one times that ezer, the helper, appeared in the Old Testament, it is best translated as “warrior.”

After citing these examples and linking them with 1 Tim 6:12 and Eph 6:11–13, Armstrong concludes, “Get your kilt on, sister, and paint half your face blue, as William Wallace did in the movie Braveheart.”

Later in the book, this gets taken farther into an image awakened by the movie Black Panther. In a chapter section, “Raising Your Wakanda Spear,” Armstrong cites a popular article by Kathryn Freeman from Christ and Pop Culture which asserts, “The women in Black Panther are the best representation I’ve seen of God’s intention for His daughters. It may be a story, but it speaks a truth that’s long been silenced.” Here’s the irony: Freeman’s article, as it currently appears, has a correction on it.

*Corrected; an earlier version of this article had an error in defining the term ezer.

Thanks to the magic of the Wayback Machine, we have access to what I assume was originally published:

The term ezer is the Hebrew word for woman, meaning “strong warrior.”

Here’s how this appears now:

The term ezer is the Hebrew word for helper, but the same word is used to describe God when He goes with the Israelites into battle. Black Panther acknowledges women as warriors suitable for all kinds of battles.*

Freeman (or her editor) acknowledged the one-to-one error on or before April 2019. The article by Carolyn Custis James, which Freeman links in both editions, asserts more strongly that ezer really means “warrior.” And No More Holding Back perpetuates James’ false claim. At a bare minimum, Thomas Nelson ought to correct this in its future printings, but perhaps this entire assertion should not have made it past the editing process.

Does ezer really mean warrior, then? No. It does not. Although egalitarians are correct to note that ezer itself does not denote subordination, and it is used quite often in war contexts, the pre-fall Garden of Eden is not a war context. The NET notes (see superscripts 56 through 58) are especially helpful:

Usage of the Hebrew term [ezer] does not suggest a subordinate role, a connotation which English “helper” can have. In the Bible God is frequently described as the “helper,” the one who does for us what we cannot do for ourselves, the one who meets our needs. In this context the word seems to express the idea of an “indispensable companion.” The woman would supply what the man was lacking in the design of creation and logically it would follow that the man would supply what she was lacking, although that is not stated here.

I fear that this warrior motif seriously risks placing an undue and unbiblical burden upon women who actually do want to live quiet lives of humble and faithful service: the kind of women we men don’t praise and admire enough, and the kind of women who indeed “Fight the good fight for the faith” (1 Tim. 6:12), “Put on the full armor of God” (Eph. 6:11), and do so without asking anyone to notice or interpreting these verses in such a way as to violate other portions of scripture.

In this article, we’ve examined two examples where No More Holding Back presents an inadequate biblical argument and then rushes to an inaccurate conclusion. In doing so, the reader is presented with a couple of ideal images of biblical womanhood: William Wallace from Braveheart and the women of Black Panther. We would do better with an image from the Bible itself such as Lydia from Acts 16. We’ll examine Armstrong’s treatment of Lydia in part 3.