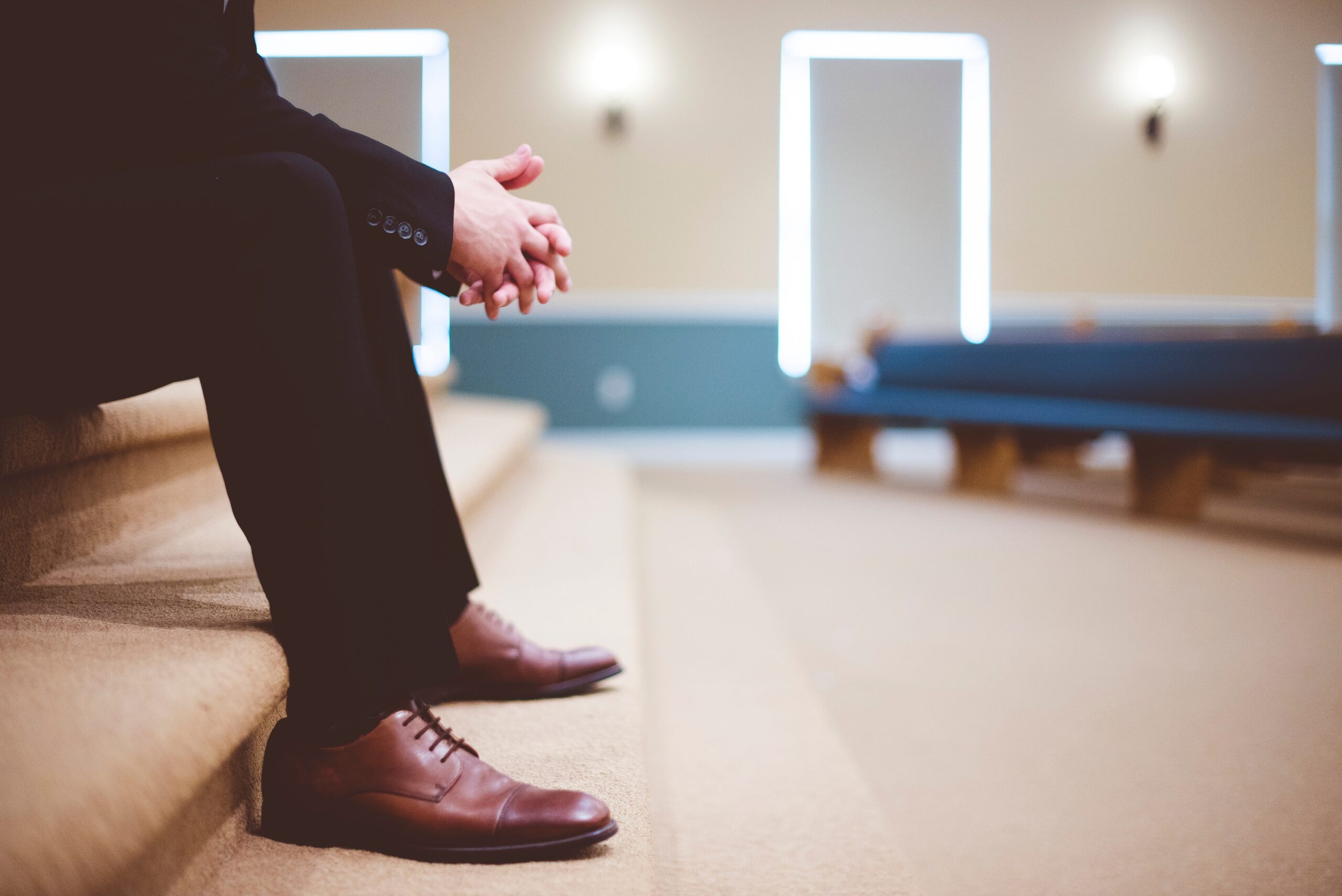 It’s difficult to write about traditionally prickly, and yet non-essential matters without being both divisive and derivative of a particular tradition.  No matter what side of those issues you place yourself, you align with a tradition.  Today’s topic, how people should dress for Sunday worship, is no different.  Typically posts like this are written because the writer likes a particular style of dress.  It’s my goal to approach the subject differently and not reduce the issue to such inanity.

Surely there are moments where clothing is entirely utilitarian, but most of the time, people are expressing themselves through clothing.  Attending corporate worship is no different.  Certainly we all choose clothing for different reasons, but what you wear implies what you wish to express.  I am from Pittsburgh and I cheer for the teams there.  I don’t have Flyers, Cardinals, and Bengals gear in my closet because I don’t want to imply that I support such wretched things.  Similarly, I don’t have t-shirts with Islamic or Atheistic messages, but rather with Christian messages.  I’m not merely choosing to cover my body, dress for the weather, or simply be comfortable.  I’m choosing to express myself.  Intentionally or not, I’m communicating.  This is true not only of sports t-shirts, but of all dress.  What you wear, just like your body language, is an important part of what you communicate to others. The question then becomes “what should we communicate when we attend corporate worship?”  If you’re a Christian, attending Sunday service is and should be one of the most important things you do all week.  After all, Sunday corporate worship is a command from God and the time Christians have LONG set aside to hear the Word preached, sing songs declaring God’s goodness and mercy, interact with other believers, and make use of their own spiritual gifts for the benefit of others.  Clearly we can (and should) do all of those things outside of Sunday morning, but Sunday is when we all do them together.  Moreover, the whole world knows it’s part of our identity that we gather on Sunday mornings.  It’s as much a cultural event as anything, and it is as much a Christian devotion as reading the Bible or praying.  In short: it’s important.

So then, the answer to our question “what should we communicate when we attend corporate worship” is that our dress needs to reflect that corporate worship is important.  Otherwise, the cultural phenomenon of Christ’s believers attending church is incongruous with a message that says “this isn’t anything special.”  It’s not hard to see how a watching world, or even immature believers, could get the idea that corporate worship is just some silly ritual that can easily be dismissed and isn’t worth much of a person’s time.  Most believers would be appalled if they left another with that impression through their words, and rightly so.  They’d be quick to correct any misconceptions and guard their words more carefully in the future.  As we’ve already seen, we communicate through much more than just our words.  Communication happens through clothing too.  As Christians, just as we seek to be careful with our words, we must also seek to dress in such a way that it is unmistakable.

What does it mean to dress as if something is important?  Fortunately we have a number of cultural markers that help us to decide.  For example, in the United States (and, I imagine, a number of other countries) attending court is an important affair, and serves as a good comparison of how one should dress in such a situation.  It’s hard to imagine appearing before a judge in skinny jeans and a t-shirt, and so it should be hard to imagine attending church in such a way.  Nonetheless, it’s equally unimaginable to show up at court dressed in a tuxedo.  It’s therefore appropriate to eschew formal dress in favor of more proper attire on Sunday morning.

This, of course, doesn’t mean that everyone should wear the same things.  It’s important to remember that the point isn’t the clothes but rather the communication.  American culture seems to think appropriate business wear is a polo shirt and khakis.  If that’s the type of dress that communicates importance, then it shouldn’t give us pause to wear it to church.

To understand communicating importance within a culture we should properly define culture. Culture is not subculture.  Just because you enjoy skateboarding or cosplay in your free time doesn’t mean that is actually the culture in which you live.  And besides, it’s not the culture of most of the rest of people to whom you are communicating.  When a non-believer sees you show up in a football jersey (as is the tradition in my hometown of Pittsburgh) the non-believer infers that what you are doing has no more significance than a football game AS WELL AS inferring that your church is nothing more than a subculture – like your team’s fanbase.  Moreover, you reinforce that idea to those around you at your church too.  We aren’t a subculture, we’re the elect of God worshiping the Creator and Lord of the entire universe!  Moreover, corporate worship should not be the place for the tribalism that comes with sub-cultures.  In a world that wishes to divide the church, why would we sow the seeds of doing it ourselves?  There is value in the unifying force of culture, and we should seek to borrow from it and communicate to it; even among one another. Some believers come from a different background than the culture in which they attend church.  For believers such as this, they should see themselves as communicating to the culture they are in, not the one they are from.  It may be perfectly normal for a Scottish man to wear a kilt as a symbol of importance in Scotland, but in Alabama he’s just a “guy in a dress” (my apologies to the Scots).  Missionaries abroad report customs and ideas that sound strange to the American ear.  They are not strange to the people in those lands.  Keeping ones shoes on may communicate respect in the United States, but it is disrespectful in many places around the world.  It’s important those who have decided to reside somewhere foreign to their own customs become fluent in the cultural language.

corporate worship should not be the place for the tribalism that comes with sub-cultures. Click To Tweet

There are people who will bristle at a column such as this because they feel inadequate to meet a particular standard of dress due to financial constraints.  The church should do what it can to alleviate these concerns.  In far too many churches people feel inadequate because those around them have more money than they do.  One of the ways we signal our significance, especially in wealthy cultures like ours, is through the name brands and latest fashions.  Our churches could do with a lot less of that.  Growing up relatively poor, I had my fair share of K-mart kicker dress shoes and Sears catalog blazers which were bought too big and were worn well after they were too small. But while the clothes themselves didn’t reflect great wealth, they did reflect great effort.  It doesn’t matter if you wear Armani or Wal-Mart, what matters is the effort.

I’m nearly certain some will dismiss this article as an effort to contrive justification for my own preferences.  Some may even call it legalism.  Such objections are groundless.  For one, at the end of the day, if we miss on this we’ve made an error but it can hardly be said that we’ve made a fatal mistake.  Secondly, the Christian that makes a big deal out of this, one way or another, is making a mountain out of a mole hill.  However, the mole hills should matter to some extent too.  While we ought not drive ourselves crazy with every mundane detail, if we ignore too many molehills we will eventually have enough dirt for a mountain.   Being thoughtful about how we dress is a part of being thoughtful about how we communicate, and we should seek to communicate well the importance of worshiping the Lord with other believers.