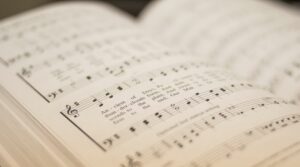 A Presbyterian minister named Alfred H. Ackley wrote hundreds of hymns. One of the most well-known of these is “He Lives.” I found this article that gives some history and even an explanation of the song if you are interested. But my goal in this post is simply to offer a defense for the last line of the refrain: “You ask me how I know He lives? He lives within my heart!”

I have seen criticism over the years of this line. While I understand the point of the criticism, I think it’s unnecessary and unhelpful. Let me explain.

The Nature of the Criticism 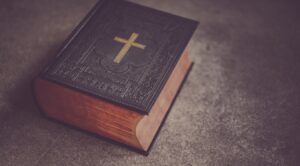 The nature of the criticism of this line is that good theologians know that our regenerated hearts can still be deceitful while God’s Word is eternally true and perfect. Therefore, technically speaking, we know He lives because God’s Word says He lives. The criticism directed at the refrain of He Lives generally treats that line of the song as if it is a comprehensive theological treatise on how we know Christ lives. Rather, I agree with Discipleship Ministries when they wrote:

The ultimate confirmation of the song’s central message is not in an intellectual argument, but in a heart-felt faith – “He lives within my heart.”

I can’t say for certain what the author was thinking, but he was an early 20th century graduate of Westminster Theological Seminary in Maryland, so maybe we can grant that he believed in the sufficiency of scripture and understood the heart of man as well as we do? That is, if we are to be charitable, I think we can presume that Alfred Ackley’s goal in the song was NOT to pit heart knowledge against God’s Word but rather to testify to the real experiential Christianity that believers can expect.

Aren’t you more personally sure of Jesus today than you were when you first believed? Hasn’t your experience of “walking and talking” with Him had an effect of an increase of faith? I certainly hope so. Yes, you know He Lives because it’s clearly revealed in the Bible, but your experience assuredly confirms this truth as well.

A final thought for those who still would prefer some strict adherence to theological precision they think is missing from the song and could lead people astray. It seems the greatest concern is that if we teach people this song and let it be used in worship that somehow people will start looking to their heart for truth and not the scriptures. I am sensitive to this idea, but I think if you are preaching truth and centering your worship on God and how He has said we are to worship Him in scripture you will not have people in your congregations led away by this little refrain.

But even more to the point, let me leave you with one thought about how we know He lives. Yes, it is true that we know this because the scripture tells us, but isn’t it also true that it is the scriptures that tell us that the disciples’ hearts burned when they were walking with Jesus, even when it hadn’t yet been revealed?

Luke 24:32 — They said to each other, “Did not our hearts burn within us while he talked to us on the road, while he opened to us the Scriptures?” (ESV)

My point is not that the heart was sufficient to know He Lives, but in this case, we are shown by God that the heart is a factor in believing that He Lives. And because the unregenerate cannot understand spiritual things, we can conclude that although it is objectively true that Jesus lives, we do not believe nor comprehend this apart from His indwelling us. What I mean is this, the song makes a pertinent point that unless Christ has saved us, we will never truly trust that He Lives. Until Jesus is in your heart as a believer, the truth that he lives, although known, is irrelevant to one’s experience and not apprehended in any meaningful way.

The NFL should get down on its proverbial knees and thank the 49ers and Chiefs. The league was bound and determined to ruin the biggest sporting event of the year. First, they put it on Fox in all the Joe Buck glory alongside the block of wood known as Troy Aikman. I suppose we can […]

Exciting news, Things Above Us fans! Due to extraordinary demand, we are adding PAID features called Things Above+ Plus to our suite of offerings. See the sponsor levels and benefits below! Earthly Minded $30/month For those of you too cheap to realize the benefit offered by such faithful men that you can only shell out a […]

It will be known as one of the most truly wicked and shameful moments in United States history. Cheers filled the legislature as a package of legislation had passed with fawning approval. In a moment, New York became the most lethal state in the nation for pre-born babies. Through this monstrous affront to decency and […]

During my unintentionally extended tenure as a college student, I recall hearing this quote attributed as an Indian proverb: Don’t judge a man until you’ve walked two moons in his moccasins. I have never walked a mile in anyone’s shoes but my own. I have three sisters and we were all raised by the same […]

The B.A.R. podcast host Dawain Atkinson often includes the hashtag #hardestworkingmaninpodcastland at the end of his social media posts. He’s probably right, and, by God’s grace, he’s not stopping any time soon. If you take a second to check out his iTunes podcast page, you’ll see why The B.A.R. is so influential in Reformed circles. […]