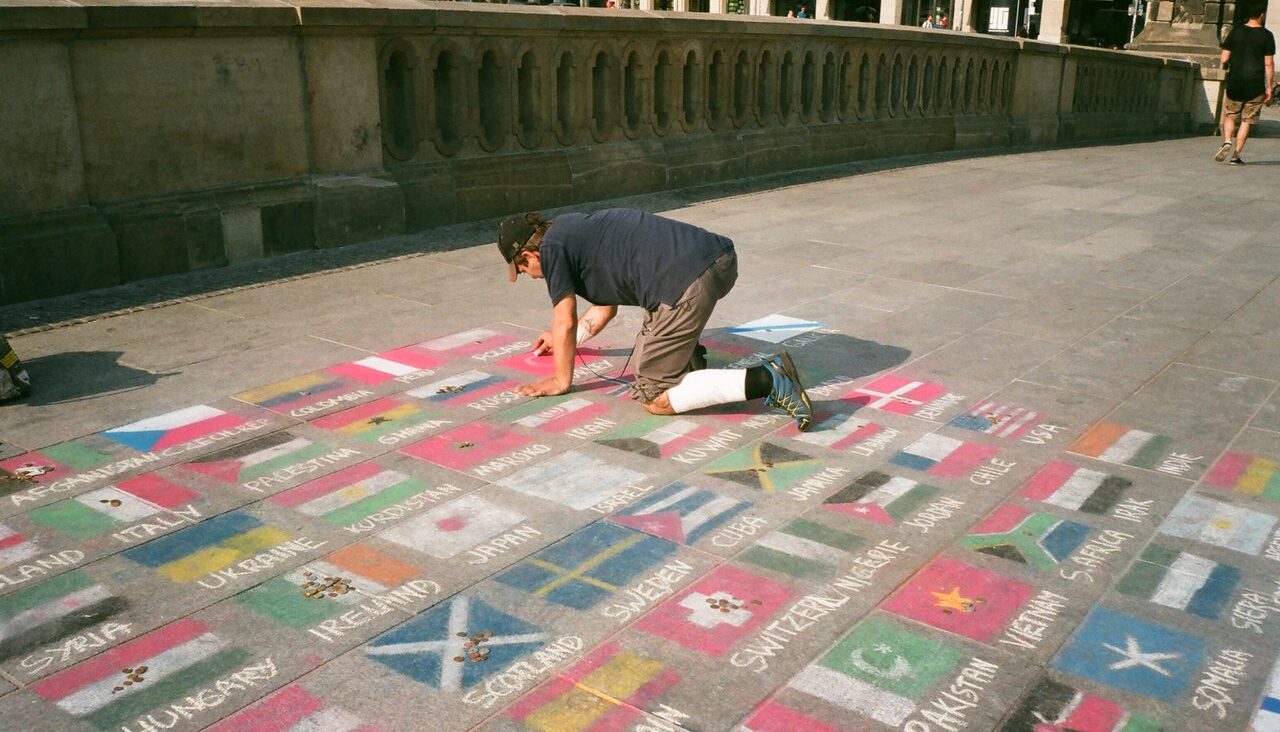 Ethnos is not Ethnicity

I’ve been hearing an argument from our own side of the critical race theory (CRT) fault line as of late. The argument basically goes, “Use biblical terminology. The biblical term is ‘ethnicity’ (ethnos in Greek), not race. Race doesn’t exist.”

I see a couple of problems with this line of argumentation. First, CRT advocates are already admitting that race is a social construct rather than a biological reality, and it is clearly a social construct that actually exists. People sinfully discriminate based upon the social construct of race. We don’t do ourselves any favors by insisting upon a backdoor argument like, “That’s not a biblical construct.” What we can do is think of this construct in terms of biblical categories.

More importantly, ethnos is not ethnicity. I’ve made this argument here before but felt the need to dedicate this post to explain it out fully.

In this post, I’ll start with some diving into Scripture. Then we’ll look at two examples of how we’ve been seeing this play out in the CRT divide over the past couple of years.

Ethnos as ‘Nation’ in Scripture

Ethnos appears 162 times in the New Testament. Within the LSB, it is translated as “Gentiles” 95 times, “nation” 66 times, “pagans” 1 time, and “people” 1 time. For the sake of simplicity, I centered my study on just the instances where it translated “nation,” as the usages where “Gentile” is translated are mostly outside of our topic.

The following observations are of note.

Jews are a Nation

We established earlier that ethnos can refer to Gentiles and is often translated as such. But it can also refer to Jews as a whole.

In Luke 7:5, a centurion’s highly regarded slave is dying. So say the Jewish elders whom he sent to seek help, this centurion “loves our nation, and it was he who built us our synagogue.” See also Acts 10:22 for a similar usage.

In Luke 23:2, the assembly brings Jesus before Pilate and asserts, “We found this man misleading our nation and forbidding to pay taxes to Caesar, and saying that He Himself is Christ, a King.”

In John 18:35, Pilate tells Jesus, “Am I a Jew? Your own nation and the chief priests delivered You to me; what did You do?”

Egypt is a Nation

In Acts 7, we see Stephen quote Genesis 15:14’s promise that God will judge the nation to which Abraham’s seed is enslaved.

In 1 Peter 2:9, believers are “a chosen family, a royal priesthood, a holy nation, a people for God’s own possession.”

The Gospel Goes to the Nations

We see missions and judgment motifs as the two usages of “nations” in the plural.

We all should be familiar with Matthew 28:19 — “Go therefore and make disciples of all the nations…”

This is similar to Luke 24:27, where the resurrected Christ summarizes the Scriptures concerning Him in part: “repentance for forgiveness of sins would be proclaimed in His name to all the nations, beginning from Jerusalem.”

In Mark 11:17, Jesus quotes the Old Testament: “Is it not written, ‘My house shall be called a house of prayer for all the nations’? But you have made it a robbers’ den.”

Jews Can be Members of Different Nations

Now, take all these usages of “nation” above and consider the story of Pentecost from Acts 2:5–11.

Now there were Jews living in Jerusalem, devout men from every nation under heaven. And when this sound occurred, the multitude came together, and were bewildered because each one of them was hearing them speak in his own language. So they were astounded and marveling, saying, “Behold, are not all these who are speaking Galileans? “And how is it that we each hear them in our own language in which we were born? “Parthians and Medes and Elamites, and residents of Mesopotamia, Judea and Cappadocia, Pontus and Asia, Phrygia and Pamphylia, Egypt and the district of Libya around Cyrene, and visitors from Rome, both Jews and proselytes, Cretans and Arabs—we hear them in our own tongues speaking of the mighty deeds of God.”

Note who these people are. Every single one is a Jew, a devout Jew at that. They all live in Jerusalem (v. 5). And they are from “every nation under heaven,” not merely members of the Jewish nation. They all hear their own diverse native languages. And we see all kinds of regional origins (“Parthians and Medes and Elamites”) listed.

These Jews are actually from various nations and now live in Jerusalem. Nowadays, we call this concept nationality, whereas ethnicity refers to the ancestral background (and resulting physical appearance) of someone who may very well have been born somewhere else. My ethnicities are Irish and Khmer, but I’ve never stepped foot in either Ireland or Cambodia (visiting Ireland as an infant does not count). I wasn’t actually born in the United States either (long story), but my nationality is still American.

The idea that we can take ethnos and run with it to argue for its meaning ethnicity is flawed. If we run with it anyway, we lose our ability to address some situations regarding CRT in the church. The following are a couple of examples.

Ethnicities in the New Heaven and New Earth (Ekemini Uwan)

After these things I looked, and behold, a great multitude which no one could count, from every nation and all tribes and peoples and tongues, standing before the throne and before the Lamb, clothed in white robes, and palm branches were in their hands;

The Sparrow Women conference in April 2019 was the first introduction for many to the CRT definition of “whiteness.” I wrote afterward concerning Ekemini Uwan’s handling of Revelation 7:9. During her on-stage interview, which resulted in many unprepared conference attendees leaving in disgust, Uwan stated that resurrection bodies will retain their physical ethnic distinctions as well as their identities:

That means by God’s grace, when I make it to glory, I will remain as I am – I will have a new body, we don’t know what is going to be, but I will be not even just Nigerian, because Nigerian is a colonial tag, that name was given to us by colonists, so I probably won’t retain that, but I will retain the fact that I am an Ibibio woman – that is my tribe – I will be that, and I will have kinky hair and  I will have a broad nose and I will have dark skin in the new heaven and new earth and we know that because our savior is embodied – Jesus Christ did not raise as a ghost, He is embodied right now, we live in an embodied faith.

Uwan is not merely stating that she will physically look similar to how she looks now. This is a matter of ethnic identity. Later in this interview, she laments that her interviewer, Elizabeth Woodson, does not know from which African tribe she descended because it’s been suppressed by whiteness. However, she states further, “but in my sanctified imagination I believe that God will give you and my sisters according to the flesh…their ethnic identities in the new heavens and the new earth.” [emphasis added]

First, Uwan’s argument is flawed enough in that the emphasis concerning the worshippers in Revelation 7:9 isn’t upon distinctions but upon the unity of believers of all different nations, tribes, peoples, and tongues.

But second, if we dig in further, there is no new revelation of lost identities anywhere in the text. These people already know what their nations already are. To say we have to rewind national identification for certain people ignores human history wherein God causes nations to rise and fall.

Revelation 7:9 as a Mandate for Multi-Ethnic Churches (Shai Linne)

In the back matter of Shai Linne’s children’s book, God Made Me and You, he includes this bit concerning Revelation 7:9—

Every tribe. Every language. Every people. Every nation (ethnos in Greek). God’s purpose is crystal clear. A diverse people, ransomed for the sake of His praise and glory. We must teach this to our children. And we must stress that the goal of multi-ethnic worship is not only for heaven, we must pursue it now. [parenthetical statement and italics original]

Is Revelation 7:9 a mandate for multi-ethnic worship as it’s defined by advocates of CRT? This usage of ethnos cannot substantiate such an assertion. As I noted in my review of God Made Me and You:

Ethnos is rightly translated ‘nation,’ and Linne is using “every nation” to promote multi-ethnic worship, presumably characterized by people of different ‘ethnicities’ worshiping together. The problem is that the meaning of this root ethnos has changed between first-century Koine Greek and modern-day American English. Churches worldwide gather each Sunday and fail to practice multi-ethnos worship because there are literally no other nationalities within a reasonable radius.

Where does this leave churches in countries like the United States where a multitude of historic ethnicities and complexions is the norm? Are white, black, Asian, and Hispanic Americans different [ethne] (plural of ethnos)? The essay does not say and doesn’t go into any further detail on what particular steps should be taken. The problem perpetuates itself further when Linne recommends “Seek out interactions/relationships with people of different ethnicities.” If we’re not being racists in the first place, should [not] interactions and relationships with other people of other ethnic backgrounds already be occurring? And would not seeking relationships with those not from our own home country be even more beneficial?

Linne takes the root error of ethnos and jumps to a false mandate upon local churches. When we commit the same exegetical error, we also risk obscuring what Scripture has to tell us.

I started this post criticizing this synthesized quote: “Use biblical terminology. The biblical term is ‘ethnicity’ (ethnos in Greek), not race. Race doesn’t exist.”

And concerning ethnicity, we risk committing an error ourselves if we run with “ethnos is ethnicity” and fail to consider its biblical usage. Ethnicity as we use the term now is differences in physical characteristics and ancestral background, and there’s so much more to be said about nationality, which actually is a valid biblical category.