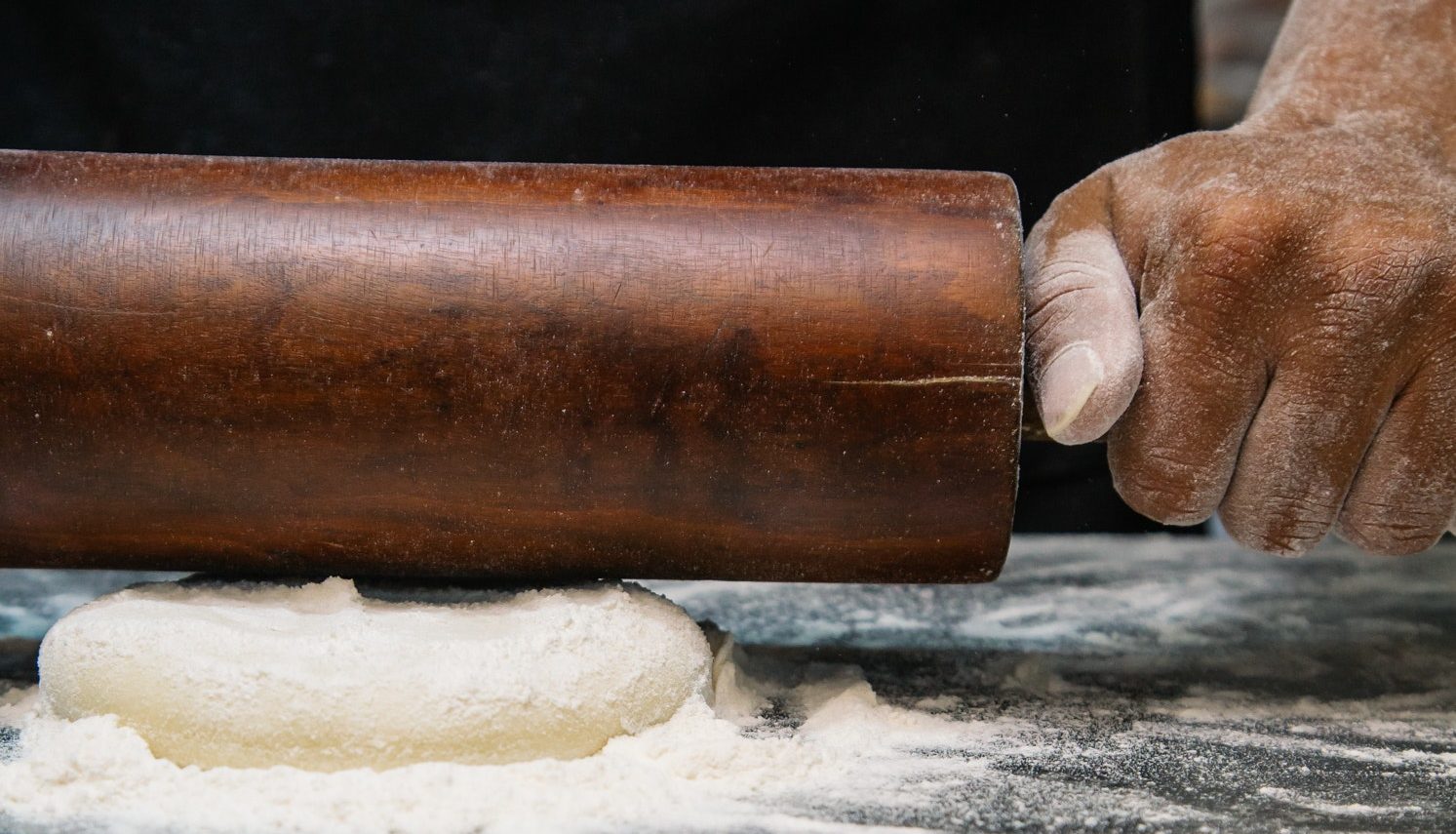 The 2019 Sparrow Conference feels like ages ago at this point though it’s only been since late March of this year. The conference’s own published materials should have been warning enough, but greater public controversy erupted when Ekemini Uwan stated, “Whiteness is wicked” during her Q&A session.  I responded to this in particular in part one. Here in part 2, I’m going much shorter than originally planned. I’m just going to address the gospel aspect of the talk and its relationship with critical race theory.

In her post-conference aftermath blog post, Uwan makes much of having preached the gospel during her Q&A. This post alone contains five instances of “gospel.”

To a room full of white women, predominantly, I told the truth about the wickedness of whiteness which is a central pillar of the racial caste system, the need to divest from it and their need to reclaim and embrace their God-given ethnicity. I preached the gospel and told them there is grace and that the blood covers. I gave them practical solutions and book recommendations. I was satisfied with how the interview went because it was full of truth, the gospel, love, and grace.

To be an antiracist requires that I enter racist spaces, even when those in the space are unaware of their racism and the ways they participate in racist systems. I hold up a mirror, make people face the racist reflection staring back at them, and I give them hope found in the gospel of Jesus Christ.

Racism is not eradicated by surface conversations, empty platitudes and hollow lament that provides catharsis instead of actual transformation. I don’t go to conferences to make white people feel good and I don’t go there to make them feel bad either. I go there to affirm the Black people and non-Black people of color, to speak truth to the white people and give them a way forward through the gospel.

Through the gospel of Jesus Christ, we are required to tell the truth about ourselves to God. This the truth about ourselves: that we are sinners who have sinned against God in thoughts, words, and deeds. The only way we are able to confess that is by grace and when we confess that sin, we become children of God. No longer enemies. We have peace with God, but that peace only comes after we confess the truth that we are sinners in need of grace and that the Blood of Jesus covers us and unites us–one to another–because we are reconciled back to God, so now we can be reconciled to one another. However, truth always precedes reconciliation. My personhood is not the bridge. My blackness is not the bridge. My gender is not the bridge. The blood of Jesus is the bridge, which is made possible by grace through faith in His finished work.

Ever since the critical race theory issue has taken off on Reformed Twitter over the past year, I can recall several times when people have asked when critical race theorists are going to mention the Gospel. One certainly can’t tell Uwan that she’s forgotten to mention it. It’s there, even going so far as to offer reconciliation with one another as a result of our reconciliation with God. So here’s how Uwan presented the gospel during the Q&A itself. I’ve taken this mostly from the transcript that was offered on social media during the initial aftermath:

You mentioned 2 Corinthians 5, and I’m wondering, when you say, when you are talking about reconciliation and having to face the ugly truth, I think in order to have a healthy racial identity development, I think we have to be truthful and honest about the truth of race and I think we can do this by looking at the gospel. So 2 Corinthians 5, at I believe verse 21, talks about how Jesus Christ who knew no sin became sin on our behalf, he became a sin offering for us and the reality is that we say “He looked past my faults” (that’s a nice little church saying) but God did not look past your faults, actually. He saw our faults, He saw that we were enemies of the cross, He saw that we rightly deserved His wrath because we turned from Him and we follow in the footsteps of our first father Adam, right, and so, He saw our sins, He put our sins on Jesus that’s what it means for Him to become that sin offering – not that He sinned, but He hung on that cross for us, He was separated from the Father on our behalf and so He looked at the ugliness of that sin, put it on Jesus, looked away from Jesus which is why Jesus said “my God, my God, why have you forsaken me” and then He died, buried. The scriptures say in Ephesians 4 that He ascended… He descended into hell, the lower depths, we would say hell, and then He rose bodily as a brown-skinned, Palestinian God-man and is enthroned as that right now. It’s very important that we understand that… so… we have to look at the truth of our sin, we have to face that, because the gospel is offensive, and so those who come to faith in Christ, now we are new creations, but we still have sin, indwelling sin that’s why we are being sanctified, being renewed day by day looking more like Jesus, by God’s grace, but we have to face the reality of that.

I honestly have trouble characterizing this. Is this gospel with some sprinkled critical race theory or critical race theory with some sprinkled gospel? One can only assume that pointing out brown skin is to contrast Jesus from people with “white skin.” Moreover, we’re dealing with some heavy anachronism when Uwan calls Jesus “Palestinian,” as the etymology of this term takes us back to the Philistines, and the modern designation of Palestinians as a people group did not yet exist. Jesus is a Jew, not a Philistine. Moreover, Scripture’s emphasis upon Jesus’ humanity has many facets: He was born of a woman, grew from childhood into adulthood, hungered and ate, thirsted and drank, got tired and slept, was tempted, suffered, and died. His physical appearance was nothing remarkable: “He had no form or majesty that we should look at him, and no beauty that we should desire him.” (Isaiah 53:2 ESV) We also know of his Jewish heritage from Matthew and Luke’s genealogies. Nothing is made of His skin color, and Scripture is clear that Gospel is the power unto salvation for the Jew and the Greek.

Indeed, there’s quite a lot of gospel going on here, but a little leaven leavens the whole lump.

You were running well. Who hindered you from obeying the truth? This persuasion is not from him who calls you. A little leaven leavens the whole lump. I have confidence in the Lord that you will take no other view, and the one who is troubling you will bear the penalty, whoever he is. But if I, brothers, still preach circumcision, why am I still being persecuted? In that case the offense of the cross has been removed. I wish those who unsettle you would emasculate themselves!

For you were called to freedom, brothers. Only do not use your freedom as an opportunity for the flesh, but through love serve one another. For the whole law is fulfilled in one word: “You shall love your neighbor as yourself.” But if you bite and devour one another, watch out that you are not consumed by one another.

Why bring this up? I haven’t read every social justice piece out there from the past six months, but this is probably the most gospel I’ve seen in any pro-social justice piece. And again, it even explicitly offers reconciliation (at least ostensibly), a primary objection that Reformed writers have consistently raised. And yet, there’s the leaven. We keep hearing that social justice is a proper implication of the Gospel, and yet we find a couple of things. First, we see this leaven. Second, we see the second paragraph of this passage and that great commandment: “You shall love your neighbor as yourself.”

Now let me qualify this: does Uwan’s form of critical race theory rise to the level of circumcision like we see in the Galatians passage? I’m not sure yet, but I suspect time will tell.

At least right now, Sparrow Women’s online media have gone completely silent. There’s nothing new on their website other than the apology post-conference. They have been silent on Facebook and Twitter since linking to said apology on April 5th, and the feedback is overwhelmingly negative. No reconciliation here. One can’t help but speculate if the ministry itself is over. Is this the redemption offered by a critical race theory-flavored gospel, or is it just division?