Due Process is a Christian Responsibility

People are innocent until they are proven guilty. The burden of proof in any case, no matter how small, is on the accuser. A carefree approach to justice only leads to greater injustice. God, in His wisdom, gave us instructions and America’s forefathers followed His lead.

We find the idea of Due Process in the Constitution of the United States of America:

The 5th Amendment
No person shall be subject, except in cases of impeachment, to more than one punishment or trial for the same offense; nor shall be compelled to be a witness against himself; nor be deprived of life, liberty, or property, without due process of law; nor be obliged to relinquish his property, where it may be necessary for public use, without just compensation….[E]xcept in cases of impeachments, and cases arising in the land or naval forces, or the militia when on actual service, in time of war or public danger…in all crimes punishable with loss of life or member, presentment or indictment by a grand jury shall be an essential preliminary….

We find the idea of Due Process throughout Scripture: 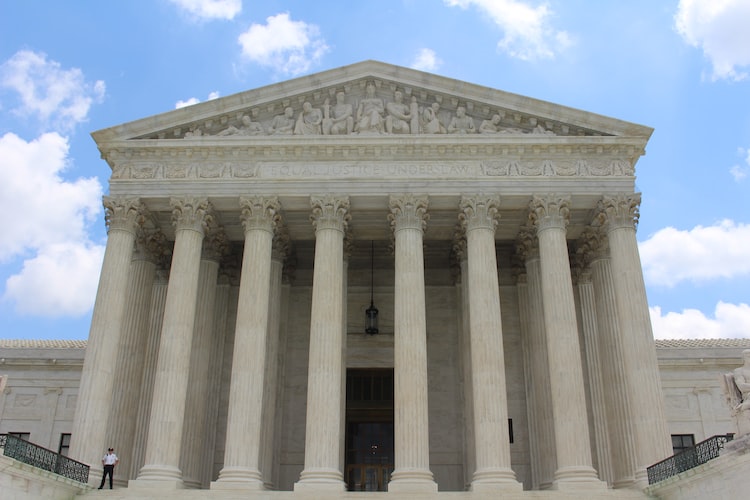 “A single witness shall not rise up against a man on account of any iniquity or any sin which he has committed; on the evidence of two or three witnesses a matter shall be confirmed. “If a malicious witness rises up against a man to accuse him of wrongdoing, then both the men who have the dispute shall stand before the LORD, before the priests and the judges who will be in office in those days. “The judges shall investigate thoroughly, and if the witness is a false witness and he has accused his brother falsely, then you shall do to him just as he had intended to do to his brother. Thus you shall purge the evil from among you. “The rest will hear and be afraid, and will never again do such an evil thing among you. “Thus you shall not show pity: life for life, eye for eye, tooth for tooth, hand for hand, foot for foot. {Deu 19:15-21 NASB}

Do not receive an accusation against an elder except on the basis of two or three witnesses. {1Ti 5:19 NASB}

The verse in 1 Timothy wasn’t instruction on how our government should run its courts. Yet what we find there and in the two Old Testament passages is the idea of not concluding someone’s guilt upon a single witness. If murder requires at least two witnesses (i.e. reasonable guilt) and merely receiving an accusation against an elder requires at least two witnesses, then it is safe to conclude that any wrongdoing in between shouldn’t be settled on the basis of a testimony or accusation alone. 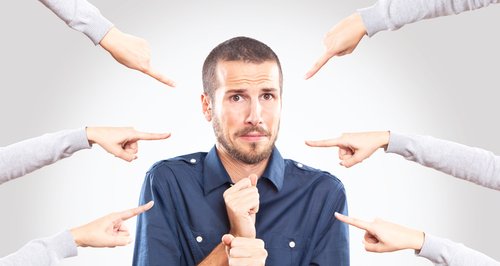 What then is our role? What do we do as Christians?

What about when a politician was accused of something?

And when an actor or Hollywood big shot is accused of sexual assault?

The athlete who is accused of assault?

We are at a distance from those men and women, so let’s make it more personal.

What about when a Christian you admire is accused of something?

What about when a loved one is?

The loved one scenario certainly changes the flippancy with which we might approach this issue, does it not? It’s easy to simply say, “oh yea, he’s guilty!” when we’re talking about a man we don’t know across the country or one of those Hollywood liberals or ungrateful pro athletes. When it’s our brother or sister, father or mother, or a good friend? Then we’re not so casual about accusing people of rape and murder.

“Tim, I’m not casual about those types of accusations!”
You’re not? Are you sure? Because when you assume another’s guilt before a trial has been done, you are quite casual indeed. Are you aware of how serious of an accusation you are making? When you say the police officer killed a man for no reason, you are calling him a murderer. When you say a man surely raped a woman even before a trial is performed, you are, in a rather nonchalant way, calling a man a rapist. Those are serious crimes. Those crimes should be capital offenses.

Here’s the verse that totally transformed how I strive to examine such cases:

“Treat others the same way you want them to treat you. {Luk 6:31 NASB}

One final thought before we’re done: what if the man you assume to be guilty of murder, and have effectively accused of being a murderer, ends up being acquitted of all charges? Would it not have been better to assume nothing? You’ve slandered a man in your heart for really no reason at all. The next time this pops up in the news, let’s all ask, before we do anything else: if he turns out to be innocent, what will I wish I would have said at this very moment?