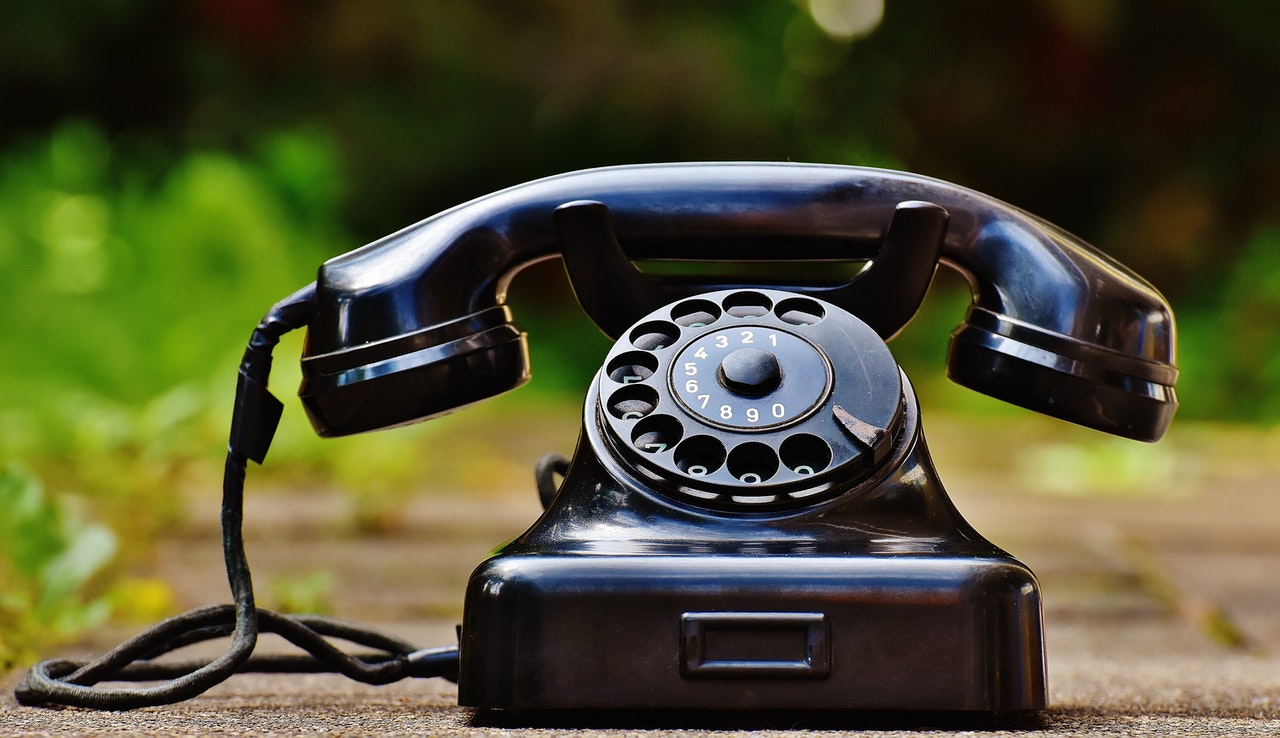 Do You Feel Called by God? by Michael Bennett (book review) 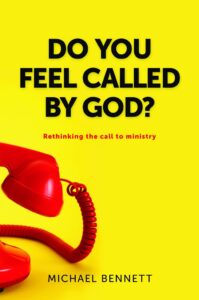 Less than two months into my time on campus at Dallas Seminary, these words of unapologetic careerism came to us from a guest speaker at chapel:

The speaker derived this conclusion based on Genesis 11:31–12:4, where — according to a translator — “Terah” means ‘roadblock’ or ‘delay.’ (I had not yet established Apostasy Grand Prix.) To be clear, this was a guest speaker, and in my very next class session of the day, our professor correctly rebuffed the speaker’s eisegesis.

Years later in a more doctrinally sound group setting, I received these words concerning the question of attending seminary:

Wouldn’t it be horrible if you went through all of seminary and then found out that you weren’t called?

These words ring in my head. I had only heard of this “discerning a call” to ministry recently, and at these words, I was equally confused and appalled. Is God not able to use seminary graduates who don’t become pastors? Is not the desire to become an overseer itself noble (1 Timothy 3:1) even if God wills something else for that person later? Was it really true that I potentially violated God’s plan for my GI Bill and should have pursued a graduate degree in something else? Am I just a stupid loser who got a seminary degree?

The question for me has been painful enough that I haven’t done my own exploration. After all, there was seemingly no point in trying to defend some empty sense of my honor when I’ve now established a decent career elsewhere; what’s done is done.

Do You Feel Called by God? by Michael Bennett successfully confirmed my nagging questions concerning this subjective discernment of a call to ministry.

From Bennett’s own words, his conclusions which he conveys in the foreword are:

1. The often-heard and almost universally accepted expression “I feel God is calling me” is totally foreign to the revealed content of both the Old and New Testaments of the Bible. The continued use of this unscriptural pietistic language may be having negative consequences for churches, missionary societies and other Christian organizations in the choosing and training of future leaders.

2. Without denying in any way God’s ability to call people into ministry by overt and supernatural signs, it is argued here that this is not usually God’s method today. The motivation to serve the Lord, particularly in what is termed full-time ministry, is a human desire to do so, and not a felt call. However, this human desire, which must spring from one’s love for Jesus and the gospel and genuine compassion for people, is not sufficient or valid in itself: it must be rightly motivated and rightly tested. [emphasis original]

Bennett uses the first two chapters to introduce himself to the reader and tell his own story concerning the issue at hand. He came to faith at the age of 24 after, as he describes it, “everything in my life was going too well,” and yet “I felt empty and miserable.” Bennett began his own examination of religion and found plentiful external evidence for the validity of Christianity, including non-Christian historians affirming the existence of Jesus and textual evidence affirming the transmission of the New Testament. But he still couldn’t believe until the Holy Spirit worked on him for a period of about eighteen months until finally he realized “I do not want to live my life any longer without Jesus.” Being desperate to understand scripture, instead of continuing in his architectural career, Bennett applied for theological college. He later realized that this college was too far to the left and didn’t take scripture seriously enough, so he transferred to a different college which he credits: “They put the Bible back in my hands.”

The Call of God in Scripture

And yet even at this other college, there was still this problem of calling for Bennett:

When I had settled into my new situation, I found I was still surrounded by men and women saying things like, “I feel God is calling me into the ministry”; “I feel God is calling me to work with students”; and “I feel God is calling me to be a missionary in country x”. I continued to be somewhat troubled and mystified by this language, because I was not feeling anything of this nature. I began to think that in some way I was missing out on something important, or maybe I was significantly lacking in spirituality. Occasionally I would enquire of someone who was making this kind of I-feel-God-is-calling-me statement, “Tell me, what does it feel like?” to which the answer sometimes came back, “Oh, you will know when it happens!” I did not find this kind of reply to be very helpful, because it never did happen, and it still never has, and as I will try to explain later, I believe it usually never will. [emphasis original]

Concerning the concept of call in the Old Testament, Bennett finds:

The word of God comes directly and personally to one of God’s people, specifically directing that individual to assume a defined role or task as God’s chosen leader, representative or spokesperson.

Note how that contrasts with the concept of call we saw earlier in this review. Bennett writes: “when a person is called, you will never read of that person saying, ‘I feel the Lord is calling me to be a prophet’ or to take on some other role [emphasis original].” Whether it’s Noah being called to build an ark or Abram being told to arise and go to Canaan, the last thing on anyone’s mind is how someone feels about a subjective impression thereof.

Bennett writes that we see the same Old Testament pattern continue in the New Testament. Zechariah is so clear-headed about this message of having a son that he disbelieves the message itself. Mary and Joseph each receive clear messages about the conception of Jesus.

Bennett goes on to examine the usage of the Greek verb for “call” in the New Testament and finds seven uses. The following is my own consolidation of this list:

Notably missing—from scripture, not Bennett—is this notion of a subjective sense of being called to vocational ministry. Bennett argues that “there are two nasty practical and pastoral problems that flow from a consistently unbiblical use of the term ‘call.'” First, we may use the lack of a subjective call “as an excuse for Christian laziness or even fear,” e.g. “I do not feel a specific ‘call’ to be a missionary, so there is no point in my applying.” The same applies to any believer’s lacking some subjective sense of possessing a spiritual gift. Secondly, a Christian who heeds this subjective call and subsequently experiences ‘failure’ in ministry may wrongly feel that he has sinned for having failed in his divine calling. “If Christian workers should fail in their ministry or have to give up, are they forsaking the call of God? … People give up all kinds of ministries for all kinds of good reasons: burnout, culture shock, discovered unsuitability not apparent previously, attacks by other believers, sickness, disillusionment, or lack of support and care.”

Hudson Taylor and the Guidance of the Spirit

In the sixth chapter, Bennett chronicles the life of Hudson Taylor (1832–1905), who founded the China Inland Mission and was emphatic about having been called by God to bring the gospel to China. Without resorting to personal attack or maligning of motive, Bennett argues that Taylor was not called by God in the sense that we have been using the word in the church.

He goes on in the following chapter to invalidate the typical concept of “The Lord Told Me…” as mere impressions not from the Spirit, doing particularly well to argue that the guidance which Christ promises in John 16:12–13 is not subjective impressions from the Holy Spirit but rather “the epistles and later books of the New Testament.”

Who Does the Work of the Ministry?

One of the great ironies of this “call to ministry” language is that it not only misunderstands ‘call’ but also misunderstands ‘ministry.’ Bennett asks to us consider Ephesians 4:11–13, which is too often understood to mean that those who possess one or more of the spiritual gifts listed—apostleship, prophecy, evangelism, and pastor-teacher—are the ones who do the works listed—equipping the saints, doing the work of the ministry, and building up the body of Christ. Bennett properly argues that this is not how to understand the passage. Instead, those with these gifts equip the saints, and it is the saints—normal laypeople—who do the work of the ministry and build up the body of Christ. Therefore, you need no special, subjective call to ministry to do ministry because you were already called when you became a believer.

With this in mind, there is indeed a certain distinction between a layperson and an overseer, one who must meet the listed qualifications in 1 Timothy, 2 Timothy, and Titus. However, what one may consider a subjective impression from the Spirit to seek to be an overseer should be considered merely a human desire, and a good desire at that when it’s pursued with the right motives and in submission to scripture. “This desire must be rightly motivated and also rightly tested, and this testing must come from others—particularly from those who are more mature in the Christian faith.”

Do the Work of the Ministry

Do You Feel Called By God? deserves much more attention than it’s received. It’s only received two reviews on Amazon since it was published more than nine years ago. My one small disagreement with this book is Bennett’s acknowledgment of continuationism. You might have noticed his affirmation of possible overt signs earlier in this review, and he states elsewhere that apostleship is the only gift of the Spirit that we can say for certain has ceased. Functionally, however, the book could not be more solidly scripture-centered. Strongly recommended.