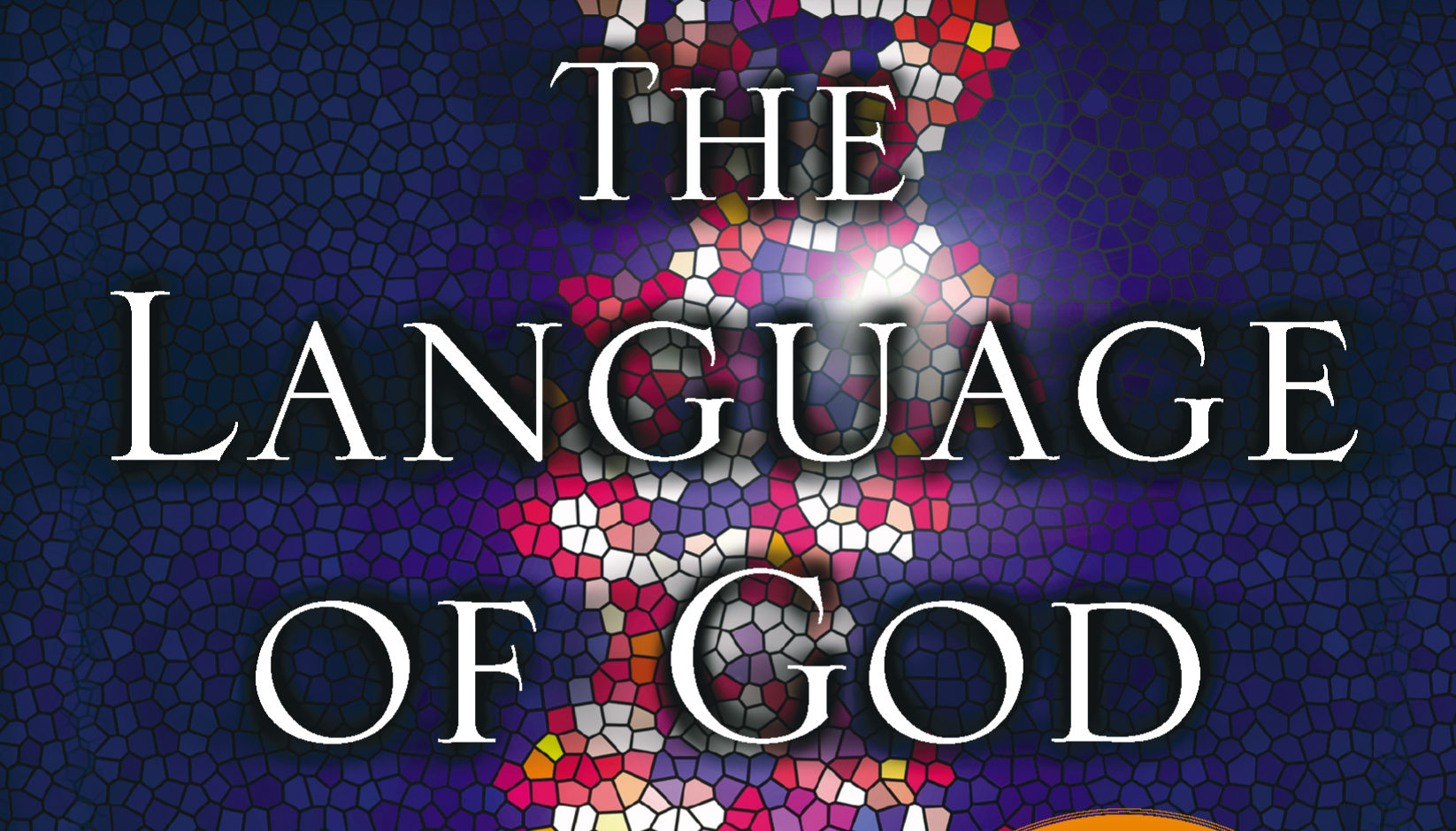 Tossed by the Waves, Part 2 — Returning to Creation in Six Literal Days

In part 1, I gave a short version of my Christian testimony and how that tied into my beliefs about creation. While I remained steadfast in my belief in six literal days through high school, I began to have serious doubts in university and even embraced Darwinian evolution for a time. Here’s what happened next. I maintained a certain respectful deference to the six literal day position throughout my BioLogos time. After all, it was clear that these people cared about what the Bible says, and that’s always a good thing. Don’t give me any holiness points for that, though. After all, I also really liked Hannah, and she was young-earth. We actually visited the Creation Museum during our honeymoon, but nothing there seemed to address my particular questions or objections.

A few months into our marriage, Hannah and I hadn’t actually lived together yet. We were both active duty Navy, and Hannah’s command didn’t let her follow me to Japan until the end of her tour in Virginia. Near the end of this separation, I got interested in seminary. Dallas Theological Seminary was the only seminary to which I actually applied. They don’t list six literal days among its doctrinal requirements for students, so I got in and entered the Th.M. program online with the intention of completing the degree on campus after leaving the Navy. Not long after entering, I watched a chapel session that pointed out a portion of its full doctrinal statement:

The professor asked the students to take note of the language, “every child of Adam.” In other words, DTS holds to Adam being an actual, historical person. Moreover, as the session revealed, no Adam means no Romans 5.

Therefore, just as sin came into the world through one man, and death through sin, and so death spread to all men because all sinned—for sin indeed was in the world before the law was given, but sin is not counted where there is no law. Yet death reigned from Adam to Moses, even over those whose sinning was not like the transgression of Adam, who was a type of the one who was to come. (Romans 5.12–14 ESV)

I had previously dismissed Matthew 19:4 as Jesus working within the construct of the written text of Genesis, but I couldn’t do that with Romans 5. This required a historical Adam, and my BioLogos belief was shattered. After a bit of searching, I found the apologetics ministry Reasons to Believe, which was founded by astrophysicist Hugh Ross. RTB holds to a day-age creation model in which each of the six days in Genesis represents a very long period of time. They moreover reject biological macroevolution and affirm historical Adam. To me, they seemed to meet all the requirements, among which were literal interpretation, biblical authority, and historical Adam (therefore no Romans 5 issue). Yeah, there was that sticky issue of death happening prior to the fall. RTB’s model holds that death in non-humans doesn’t count; human death indeed started after the fall. I was willing to overlook this. Much later on, I also asked Ross by means of a live interview chat about the RTB model of Noah’s flood. Ross answered that the flood was “global, but not worldwide.” In other words, it encompassed the entire span of where the Bible’s text was looking — all of humanity — but did not cover the entire planet.

Did I try to compare the day-age model and the young-earth models before picking the former? Indeed, I did. I even watched the debate between Hugh Ross and Kent Hovind. It didn’t take me long to find the part that has always stuck out in my mind. Hovind attempts to disprove Ross’ assertions that astronomers can measure the distance to stars. Ross counters with two papers about parallax measurement of the distance to a particular star.

HOVIND: I taught trig. Explain this to me. You can say with trigonometry you can measure six billion light years.

Disclaimer: James White was reacting not to the debate with Ross but to Hovind asking where the Ten Commandments in French were when Moses copied them down.

This may have sealed me into the day-age position for the time. Okay, so maybe Kent Hovind isn’t the best representative of the young earth position. I also tried this one: Ken Ham and Hugh Ross. This ought to sort things.

Problem is that there was this guy moderating the discussion who was acting dumber than he probably actually is just because he had accomplished thinkers on both sides of him. I can’t honestly remember if I made it through this whole thing. If I didn’t, it was because of Matt Crouch being completely intolerable. He should have just left the room and let the guys talk to each other.

Then there was this one between Ross and Danny Faulkner, which was really long — five hours long — and technical. I don’t think I got through it. Finally, after I had really settled into the day-age position, the Bill Nye / Ken Ham debate happened. The format resulted in both sides often talking past each other. Not helpful to this day-ager.

So What Did It Actually Take?

After my return to six literal days, a conversation with a pastor went something like this:

PASTOR: I don’t know how you can take the text seriously and come up with evolution.

GARRETT: I’ll tell you because I was there. I wasn’t taking the text seriously.

It really didn’t take scientific arguments to get me over the edge. Biblical arguments made the difference. For one, it became too much for me to maintain that animal death prior to the fall was plausible. Ross even stated at one point that God had to re-make whales during the six-day creation process because of rapid extinction. The need to localize Noah’s flood seemed arbitrary. And I later learned that ordinal numbers (e.g. ‘second,’ ‘third’) combined with the Hebrew yom for “day” always refer to days rather than long periods of time.

Earlier in part 1, I referred to how an apologist used the general argument, “If I want science, I go to scientists. If I want theology, I go to the Bible.” By that line of reasoning, how should we take Genesis 1–2? Literally and non-scientifically, of course. What freed me here was not trying to take Genesis 1–2 scientifically because creation was not a scientific process. If my memory is in order, this was the killer:

You say, “What about science? Don’t we have to apply science to the Genesis account to be intellectually honest? Don’t we have to bring the vast scientific knowledge that we’ve accumulated in the modern world to bear upon the text of Genesis in order that we may have a true understanding of it?”

Well, there are a lot of people who believe that and there are a mass of people who call themselves Christians who believe that Genesis is an inadequate presentation of what happened and we have to marry it with scientific discovery in order to get to the truth. Let me help you, folks, let me help you. Get past that notion and you will free yourself from needless doubts and endless confusion. Get past the idea that science, listen, makes any contribution to an understanding of creation. It makes none.

I still don’t understand much of the scientific backing, but the biblical record is what got me back. That isn’t too underwhelming, I hope, but this is the Bible we’re talking about. Let this be an encouragement to anyone who leads, from pastors of churches all the way down to fathers and mothers catechizing their children. I indeed wish that someone had pulled me aside along this road and told me how important creation in six literal days really is. The issue is not just the fact of six days. First, it’s the deficient view of biblical authority and deficient hermeneutics that underlie most, if not all, denials of six literal days. Second, there’s grave danger to the consistency of the gospel in denying historical Adam.

Finally, there’s the evangelism aspect, that concern I had about making sure I was being “intellectually honest” and not asking unbelievers to sign up for something unnecessary. Friends, we’re asking people to believe that Jesus was born of a virgin, lived a literally perfect life, died as a substitute for sinners, and rose from the dead. People don’t believe that and respond in repentance and faith without the intercession of the Spirit. If the Spirit can pull this off, He can certainly deal with creation in six literal days. To believe that we need to soften the doctrine of creation to win souls is, at best, Arminian.