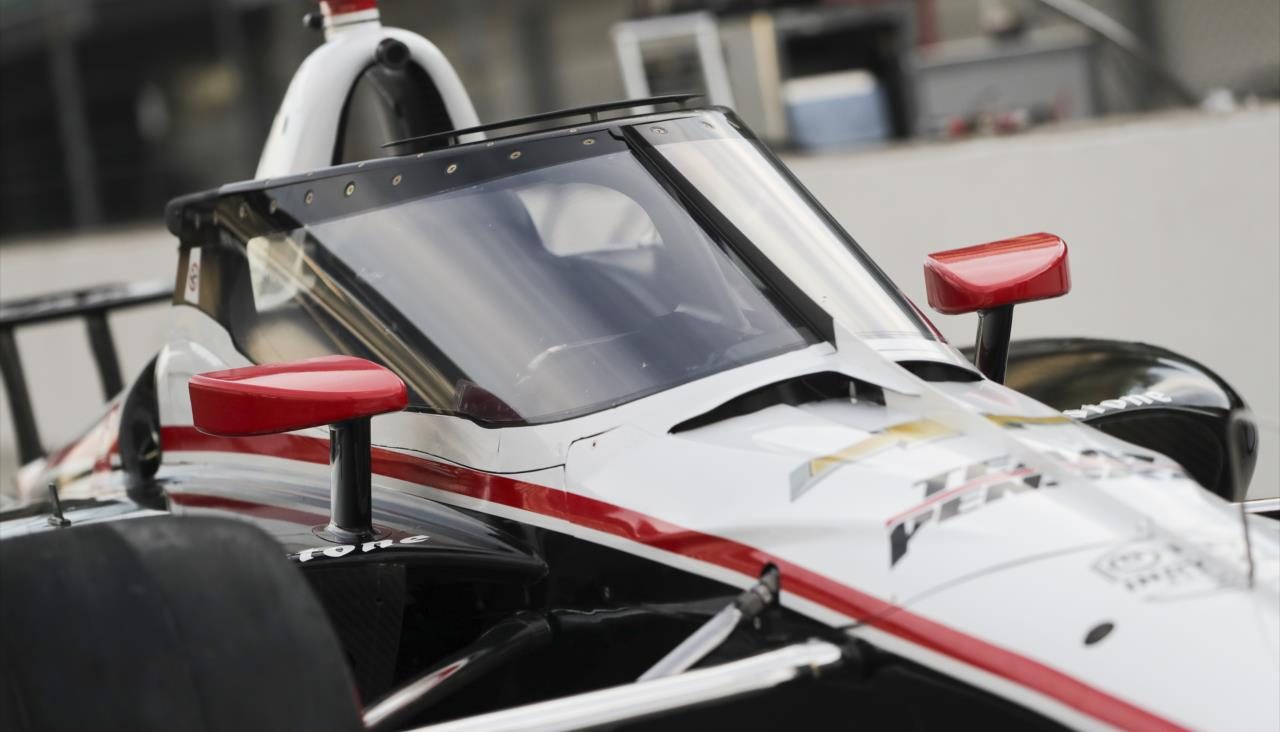 The Channel Flippers’ Guide to Motorsports in 2020

Here’s my occasional post where I try to convince you that motorsports are cool. It’s high time for a preview of 2020 in the major series that you might catch as you’re flipping channels, wishing the NFL season were still going after the Superb Owl and the Prob Owl.

In an earlier version of this post, I tried to preview different changes coming to the various series, but it ended up being above the heads of non-motorsports fans. I’m going to try a different approach here, namely previewing the upcoming first races of each major series.

2020 is going to feel like a stop gap year for the renamed (again) NASCAR Cup Series. You will no longer have to worry about which title goes in front of “Cup Series,” as NASCAR has moved to a different sponsorship model that will hopefully make it more attractive for sponsors to commit. First up for the Cup Series is the race you’ve heard of, the Daytona 500, 500 miles for 200 laps on the 2.5-mile oval with high banking.

Unlike other tracks where the series tunes the cars at either 550 or 750 horsepower, cars at these longer superspeedways like Daytona have to be tuned down to 400 horsepower by way of restricting the airflow to the engine, which effectively limits the cars to 200 mph or slower. Anything more would be even more unsafe than it already is. What results is cars going full-throttle 100% of the time and a long, long game of “aerodynamic chicken.”

If the most famous words in motorsports really are “Gentlemen, start your engines,” the worst kept secret is that many fans watch primarily in order to see big crashes. With cars bunched up in the draft like a cycling peleton, any wrong move in the front can take 20+ cars out of the race.

Despite being a longstanding tradition as the first and biggest race of the year, the nature of Daytona being an “engine restricted” track means that many fans such as myself hold that Daytona isn’t the start of the “real” NASCAR season, a title that belongs to whichever race follows Daytona on the Cup schedule on a given year. 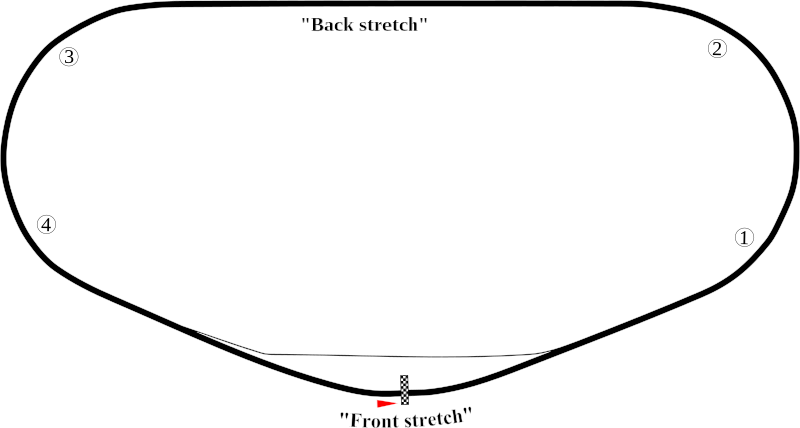 George…um…Boeing bought the Air Force? Eh, that one didn’t work.

But this is how big the news of Roger Penske buying Indianapolis Motor Speedway and IndyCar really is. And if you’re vaguely aware that Roger Penske owns an IndyCar team, you might feel like this is a conflict of interest. How does a team owner also own the series and the track? It’s actually nothing new. Tony George, the previous head of IMS and IndyCar, also partly owns one of the race teams, and pretty much nothing out of line ever happened. The real question is what Penske is going to do with the track and the series going forward. Even at age 82, he shows no visible sign of slowing down and remains immensely more shrewd than IMS’ previous leadership. The “Aeroscreen” cockpit protection device will be the most notable change this year in IndyCar. Photo: Chris Owens / IndyCar.com

The most noticeable change this year is the presence of cockpit aeroscreens for driver safety. They aren’t particularly beautiful, but human life is beautiful, and IndyCar rightly or wrongly has a poor safety reputation to deal with. In 2015, driver Justin Wilson died of blunt force trauma after a loose nose cone from another car struck him in the head while the car was at speed. The accident prompted accelerated development of cockpit protection across the world of open-cockpit racing. Formula One eventually settled on the “Halo.” IndyCar now will adopt the “Aeroscreen.” For purposes of this channel flippers’ guide, you now have an easy (but not foolproof) way of figuring out how to tell the difference between an IndyCar and a Formula 1 car: IndyCars have aeroscreens. F1 cars have halos (to be explained later).

First up for the IndyCar Series is the Firestone Grand Prix of St. Petersburg, which takes place for 110 laps around a 1.8-mile course through city streets and an airport runway. Since this isn’t a permanent race course, the tarmac really isn’t designed for these cars. They noticeably jump around, especially when crossing a paved railroad track! Runway paint also has noticeably less traction than normal pavement, which matters in the braking zone going into turn 1.

While I’m at it, can I give a shout-out to Conor Daly? He’s had a rough last few years, much not of his own doing (long story), but he’s always been positive, and he finally has nearly a full-time ride this year with Air Force sponsorship. And with the Air Force has come the best liveries (paint schemes) IndyCar has had in years. I’m not sarcastically playing up some Navy vs. Air Force rivalry with George here. There is no Navy IndyCar. You guys win. These designs are just spectacular. 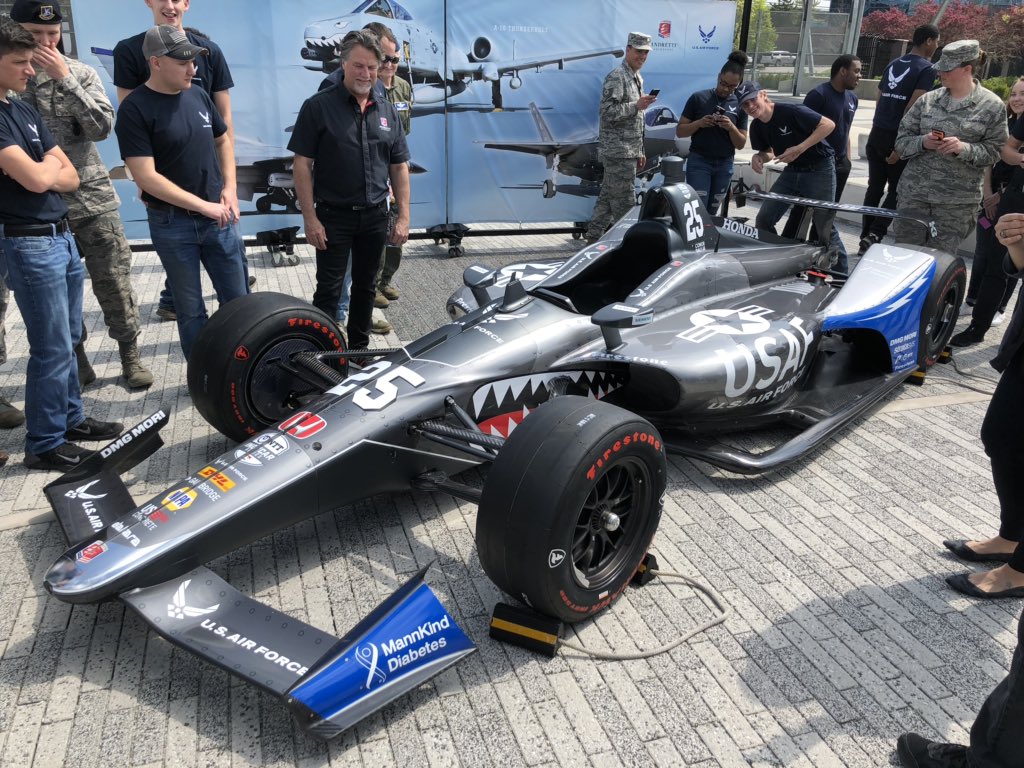 First race: Australian Grand Prix, March 17th, 1:10am ET (you read this correctly), one of the ESPN networks.

Formula 1 is also going through a bit of a stop gap year. This year marks the last year on the current form of V6 turbo hybrid cars. Next year will bring in significant overhaul of the car construction rules. Much effort has gone into developing rules that produce more competitive racing. The current set of rules has been unpopular for producing cars that produce excessive aerodynamic wake, which causes cars to lose downforce in the corners and therefore makes overtaking very difficult. The result can be what appears to be a really fast, single-file parade. Don’t be too down on your hopes though. There were still many good F1 races last year, and we should expect this to continue this year. 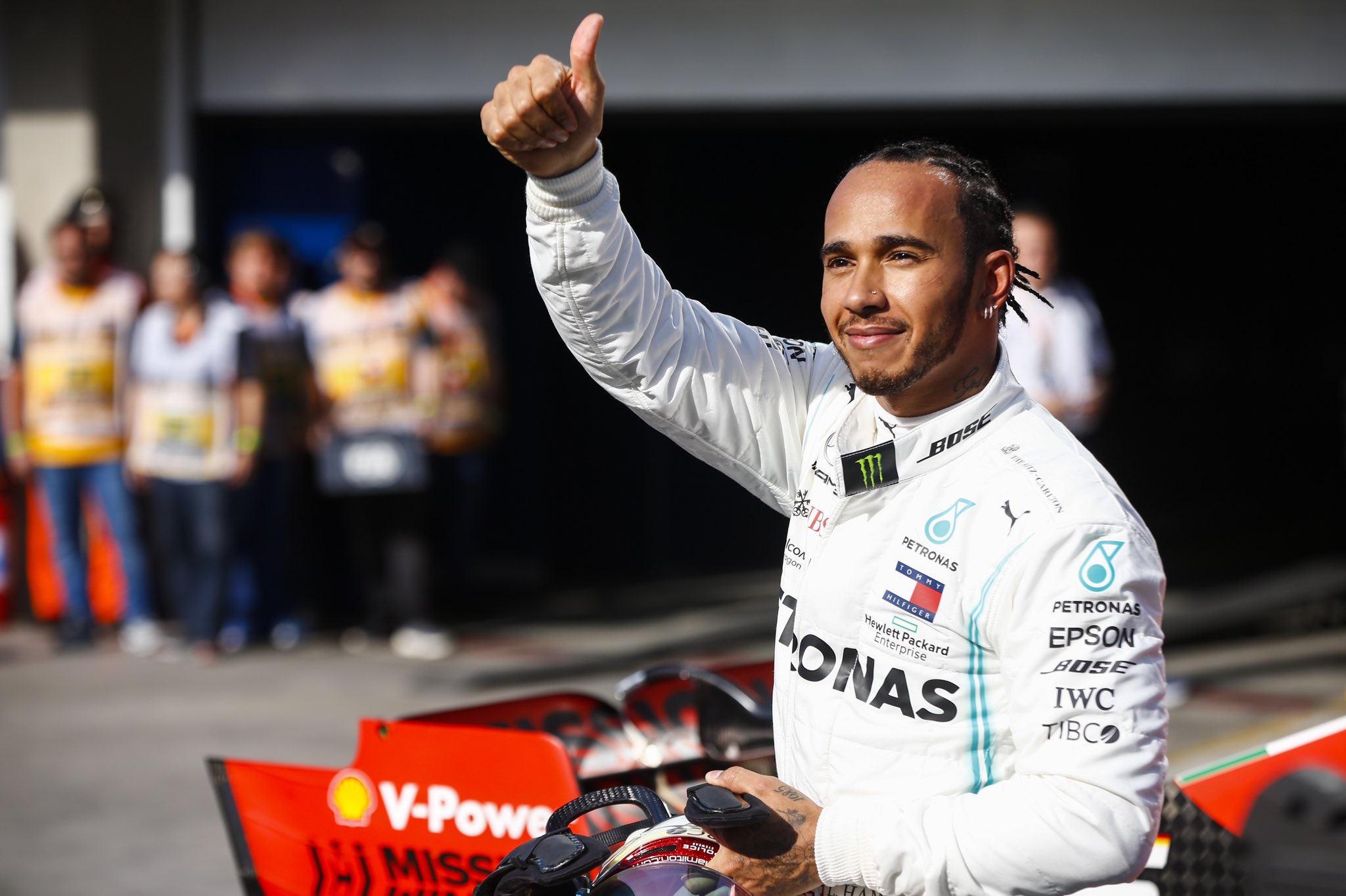 Lewis Hamilton is chasing history as he seeks to tie Michael Schumacher with seven World Drivers’ Championships. If you’re the kind of sports fan who like to take time to appreciate excellence and dominance in sport, it behooves you to catch Lewis in action this year. “Boring” as it might be to watch him dominate a race, we’re seeing a level of excellence unseen since Schumacher’s heyday in the early 2000s. Mercedes’ engineering achievements with its cars and the professionalism of its team members are truly a sight as well. Take some time and appreciate it in the present day while you can. The F1 season opens this year at Albert Park, Melbourne, Australia, a particularly beautiful venue when viewed from above. If you must watch only one or two races this year, this admittedly might not be your ticket, and not just because it starts at 1:10am in the eastern U.S. The track itself just doesn’t produce terribly exciting races, but most of us fans tune in anyway because we’ve been starved since November. If you must watch only one or two, look more towards Azerbaijan in June, Austria and Britain in July, and Hungary and Belgium in August. We’ll also be seeing two additions to the schedule. The Dutchman Max Verstappen will have what amounts to a new home race at Zandvoort, Netherlands in addition to his usual home race in Spa-Francorchamps, Belgium. Meanwhile, we’ll also see the brand new street circuit in Hanoi, Vietnam, where the Frenchmen of Renault will hope to avoid catching a case of the Dien Bien Flu.

Yes, the Rolex 24 is a 24-hour race. No, it’s not the same driver for 24 hours. No, the three drivers do not each drive a single, eight-hour stint. No, the other two drivers are not sleeping in the back of the car. Yes, people actually do stay up the entire 24 hours. No, I am not one of them. I still sleep and go to church. 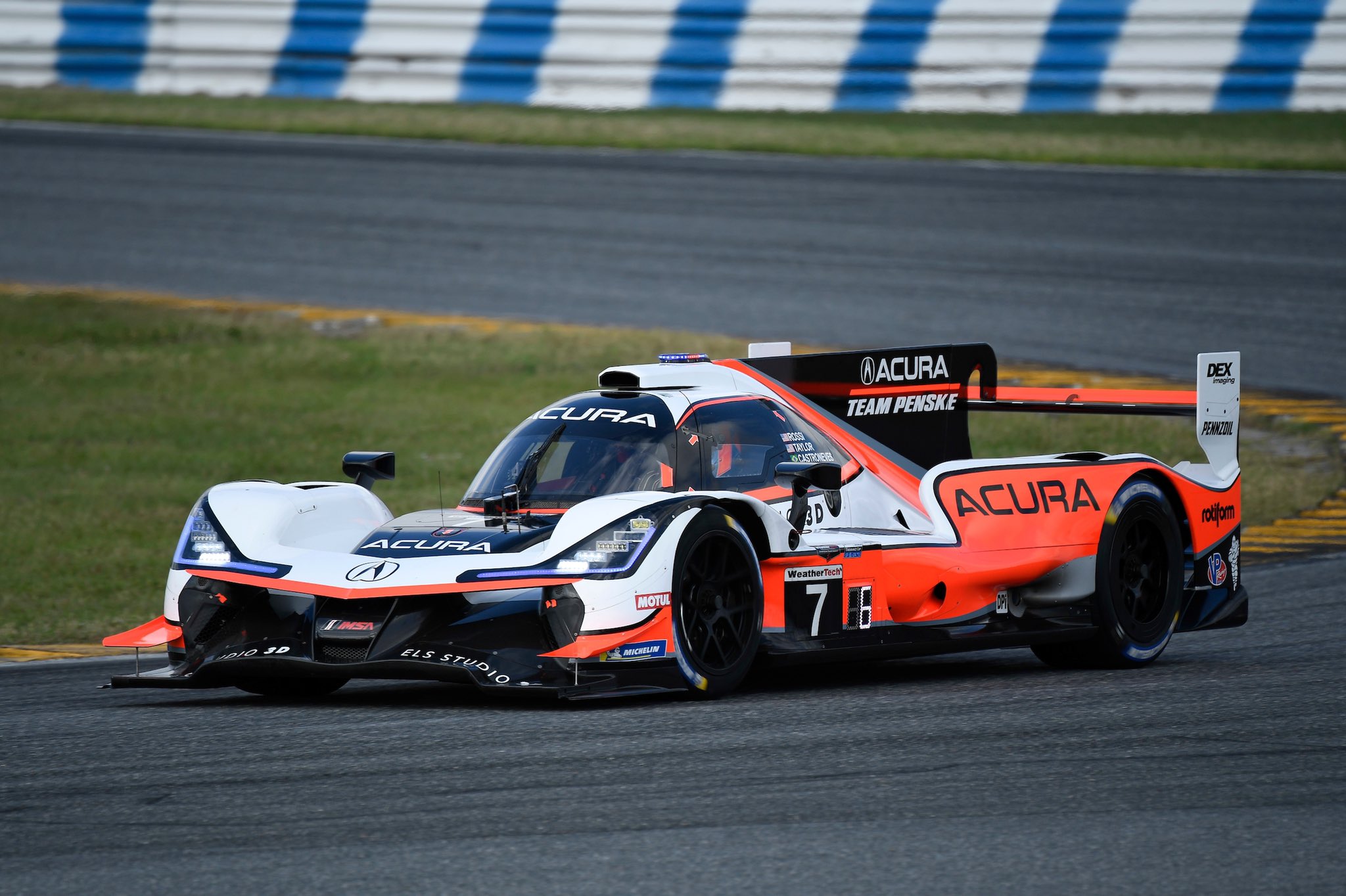 The big thing to remember as a new viewer is that these races have multiple classes, so you’ll actually see three or four sets of standings depending on the number of car classes in a particular race. What nice about it for new viewers is that some of the cars are much closer to what you’ll find on the streets, as in actual Corvettes, 911s, and such with real, actual doors, unlike NASCAR “stock” cars. You’ll also find a great number of drivers from other series crossing over to compete. NASCAR Cup champion Kyle Busch, mentioned earlier, is getting in on the action at the Rolex 24 this year, which will be fun to watch.

The Rolex 24 takes place at the same Daytona International Speedway that’s better known for the Daytona 500, but right after the start-finish line, the cars duck down into the infield and go through a road course portion, and then they come back onto the main course and go full throttle through the 31 degrees of banking around “NASCAR turns 1 and 2.” They’ll have to brake on the back stretch and go through the “bus stop chicane” before returning to the main track, entering the final banked turn and going across the line. Do that repeatedly with driver changes without making any driving errors or having any mechanical issues for a full 24 hours, and you’ll do well in this race. In the 2019 running, the overall winning car completed 593 laps around the 3.56-mile course and was just 13.458 seconds ahead of second place.

For us race fans, the winter drought ends this weekend at Daytona (January 25th), and—admit it—there isn’t a real NFL game on, so maybe check us out?