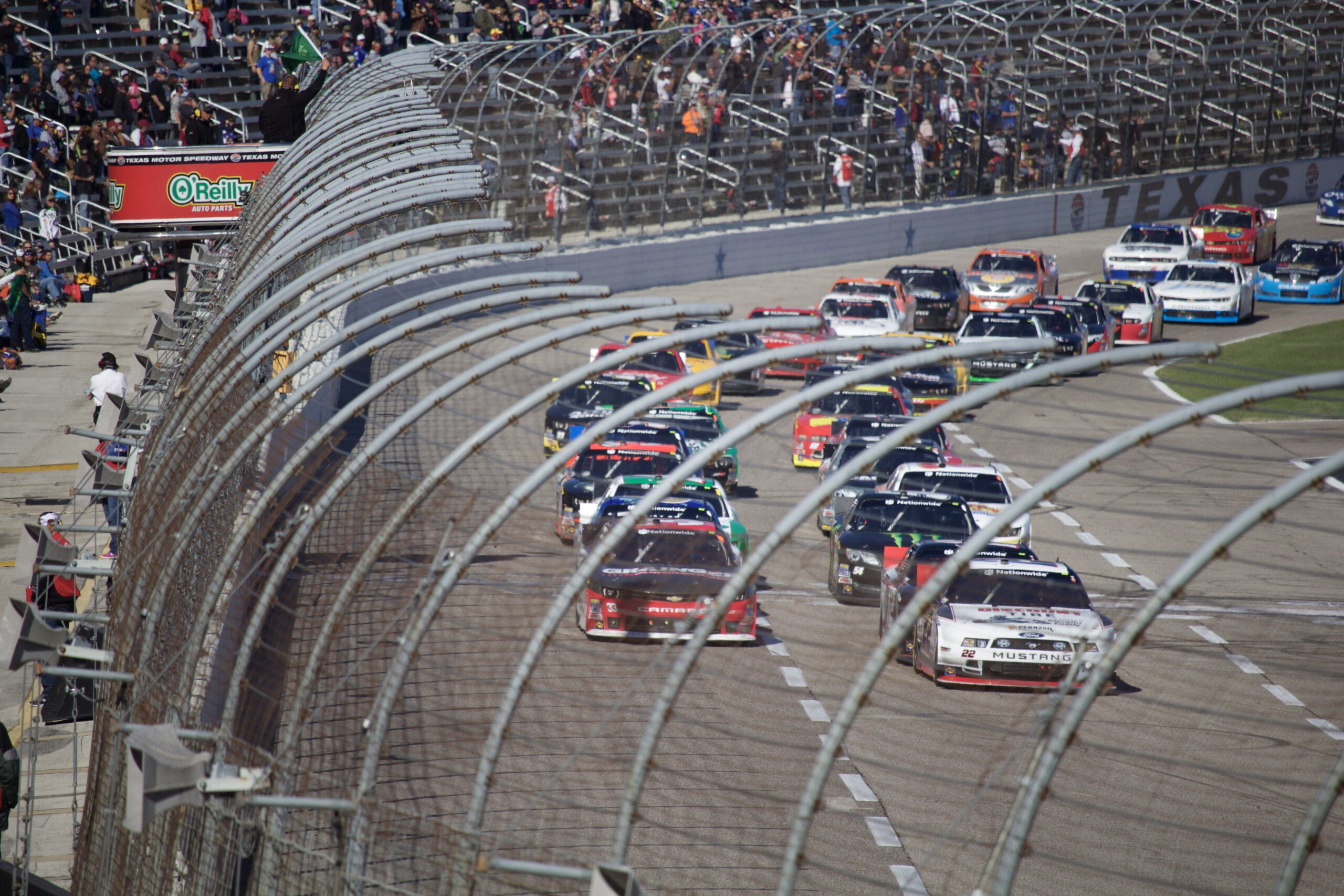 What Do Changes in NASCAR Signal in Our Culture? What matters to you most as a sports fan: that the sport is officiated fairly or that the competition is close until the very end? Another way to ask this might be whether you want it to be fair or to be entertaining. Suppose you could pick only one or the other.

I think most would find this question to be a false dichotomy. Much of the point of watching a sporting event is to see how teams play against each other fairly. Sure, blowouts are boring, but that’s better than giving the worse team a handicap for entertainment purposes. And if you want pure, scripted “entertainment,” there’s always WWE.

Now let’s expand that a bit to the entire season. Fans of “stick and ball” sports don’t seem to have much of a problem with the playoff systems by which teams advance to some form of a final deciding game or series, so long as the individual games leading up to it are fairly officiated. Usually when there’s a perceived officiating problem, such as allegations of NFL referee bias in favor of the New England Patriots, fans get angry with the officiating without demanding that the playoff system be tweaked or done away with altogether.

NASCAR, on the other hand, only recently began its experiment with “playoffs.” Beginning in 2004, it reset the points standings for the top drivers with ten races to go and decided a champion at the end of the season based on who had the most points at the end of those ten races. Then at the beginning of 2015, it shifted to what is now referred to as a “playoff” format, whereby 16 drivers initially qualify for the playoffs, and four drivers are eliminated at the end of each “round” of three races until four drivers remain. The “Championship 4”—because saying “Final Four” will get you sued—face off in the final race. The highest finisher among the four wins the championship. The grittier details therein are far too complicated to explain here.

Several factors make this system fundamentally different from “ball” sport playoff systems. First, every regular who has been eliminated from the playoffs or failed to qualify for them is still actually in these final races among the playoff contenders. There are potentially 36 other cars still racing around the track who literally have no shot at the championship but are otherwise racing for bragging rights, lesser positions in the final standings, post-race money earnings, and to keep their sponsors on television. Second, there are significant differences among tracks that host races throughout the season. Track lengths vary between 2.66 miles all the way down to 0.5 miles. A driver and team that excels at one track may do poorly on another. Contrary to stereotype, some of them even feature right turns. Third, a championshp-contending car can get caught in a wreck by no fault of the driver or team, and the consequence can be elimination from the championship purely by “bad luck.”

The ostensible reason behind this change is that it will cause drivers and teams to “race for the win” more aggressively rather than just settling for acceptably high finishing positions for points. Prior to 2004, drivers occasionally dominated enough to mathematically clinch the championship during the second to last race of the season. In the 2003 season, Matt Kenseth clinched the title in the second-to-last race of the season despite only having won a single race. Thus, the implementation of what was then called “The Chase,” a points reset among the top ten drivers with ten races to go, was informally called “The Matt Kenseth Rule.”

But it seems more likely that the actual reason is to contrive drama for commercial purposes, and it is here where we may be seeing a shift in the culture as well. Do we value the entertainment of a close finish to the season over rewarding the best driver and team, including when they annoyingly dominate?

Moreover, the system has produced more emotional outbursts and intentional wrecks. NASCAR probably can’t do anything about its longstanding reputation of its fans attending primarily to drink beer and watch cars wreck, and there certainly are fans who fit the stereotype. But at least by appearance, NASCAR and its track promoters more than ever are marketing based on the likelihood for emotional outbursts rather than an exciting competition on the track itself. Following a literal physical fight between Jeff Gordon, Brad Keselowski, and their respective crews back in 2015, multiple billboards in my own area advertised the following local races, based not on the on-track action, but on the fight. Martinsville Speedway in Virginia shamelessly purchased TV advertising featuring Matt Kenseth intentionally wrecking Joey Logano (embedded below), an action which earned Kenseth a suspension. According to most commentators, this is desired drama that helps to grow the sport.

To be fair, emotional drama has always been part of the sport. The literal fight at the end of the 1979 Daytona 500 is often cited as what launched the sport into what it became. But the intentional mathematical manufacturing of this drama is relatively new.

As much as it’s convenient for traditionalists to throw rocks at NASCAR leadership, the leadership doesn’t exist in a vacuum but—like any business—has to respond to fan expectations. The leadership clearly believes that these kinds of changes are what will increase fan engagement, and fan engagement means better TV ratings, more sponsors, and more people in attendance at the track. Most traditionalists like me may believe them to be wrong. Perhaps an even greater fear of ours is that they’re right, that the culture has shifted in such a way that the sport we grew up watching has necessarily warped to this degree to remain commercially viable. From a slightly larger perspective, what does this mean for other sports? From a grander perspective, what does this signal for society as a whole?