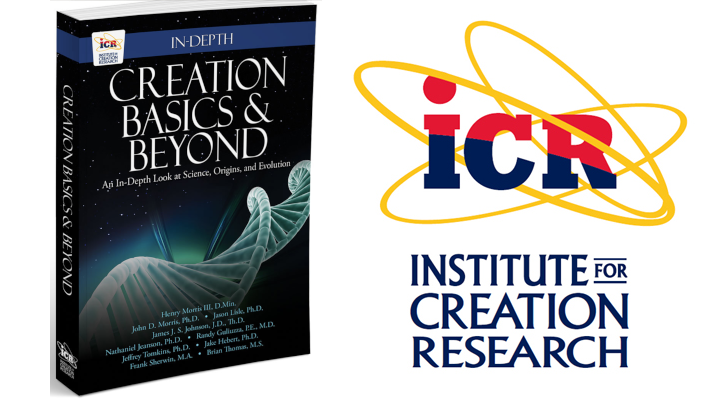 Creation Basics & Beyond sounds like a fairly generic, nondescript title, but it’s actually fitting. Sometimes it can be very basic, and other times it goes beyond my understanding to the point that I have to just leave a note on the chapter to go back to it because I simply failed to grasp what was being said. Doctrinally, it’s 99% solid — one percent being left out for a brief reference to universal atonement. I readily recommend it to anyone who’s willing to put in the mental effort. I do recommend it as a wealth of good information, but it does have some difficulties for the reader. The book is organized into sections on worldview, biology, geology, dinosaurs, and astronomy. Within each of these sections are chapters around five to eight pages in length written by one or more of the book’s ten individual contributors. The advantage of this format may show itself more as a reference work when one needs to look up a particular subject. There clearly is an attempt at a logical flow from one chapter to the next. Each section generally also gets progressively more difficult to understand as one gets through each article. Unfortunately, the worldview section in particular became of lesser quality and usefulness in my own estimation. This could be because the chapter lengths, each amounting to what is essentially an article, are too short to really hash out details and explain certain things at length.

For example, here is how the section on worldview is presented in the table of contents:

Indeed, all thirteen of these chapters are about worldview (including chapter 10 if you’re wondering), but there isn’t a solid flow of argument. One can find a reason for why the chapters were ordered in this way, but it isn’t particularly obvious. I only found the sections merely to be a formality that divided different essays, but with nothing written in the book to introduce or conclude the individual sections, synthesizing a unified message for each section is left for the reader to figure out. What results is that the book as a whole feels comprehensive — seemingly addressing every possible topic — but not cohesive in the overall presentation.

For me, the benefit was in the little gems that shored up my own understandings and filled in large gaps (pardon the pun). The article on radiometric dating nails the necessity of unproven assumptions. One portion concerning abiogenesis (the concept of life coming from non-life) reveals what amounts to making only certain amino acids in a lab in conditions that would make life impossible anyhow. Most surprising was the scientific explanation of how the Flood occurred. I had always assumed God made more water and later removed it (as He is obviously able to do), but the author explains a viable process that doesn’t require this.

Overall, I’m glad to have read the book. The lack of cohesiveness limits my enthusiasm to recommend it, but it’s still beneficial to the reader who is willing to hang on. As a reference work, I’m afraid that the nature of free information today limits the book’s usefulness, as each possible topic only gets a short, one-article treatment.

And then there’s this…

ICR released a second edition of Creation Basics & Beyond this month. I learned of it after completing this review. Since I was reading the first edition (2013), you should consider that the second edition might have fixed some of these criticisms. This second edition is not yet even on Amazon, so you’ll want to get it straight from ICR.

Creation Basics & Beyond: An In-Depth Look at Science, Origins, and Evolution. Dallas: Institute for Creation Research, 2013.